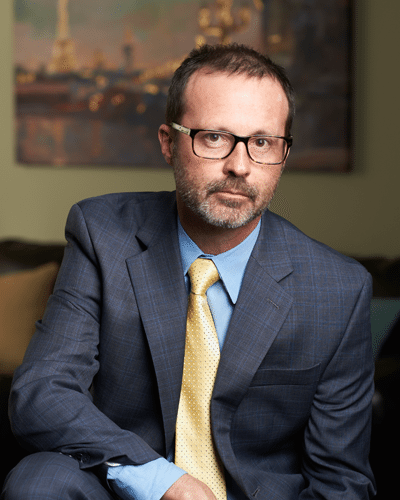 Darwin is a native of Utah with deep family roots going back before statehood. He was raised in West Jordan by a tenacious single mother who instilled in him the courage to fight for his beliefs, even if it meant standing alone. He is admitted to practice in Utah, Idaho, and in United States Supreme Court.

When he was nine years old, he was asked in church what he wanted to be when he grew up and Darwin answered that he was going to be a lawyer.

Darwin had a reputation for being…rougher around the edges than the other kids, so there was much skepticism. But Darwin went on to graduate from the University of Utah first with a degree in psychology and then with a law degree.

After law school he clerked in a trial court in Idaho, then returned home in 1998 to open his own private practice. Since that time Darwin has represented thousands of clients from all walks of life, in all types of cases.

Darwin has represented clients in many high profile cases.  But more importantly, he has obtained justice for his clients in a broad array of criminal and civil cases.

Darwin has tried medical malpractice cases, personal injury cases, employment cases and other civil cases, but his true passion is in the criminal law. He enjoys the courtroom and trying cases.
In addition to trying criminal cases, Darwin loves fishing, riding bikes, skiing, and spending time with his friends, family and of course with his dog.