How To Survive Being Charged With a Crime in Utah

Over the almost 15 years that I have been practicing law, one thing that has always struck me was that the psychological response of clients to being charged with a crime has no correlation to the seriousness of the charge.

While it seems generally understood that being charged with a crime can be a traumatic experience, I have not seen much written about those emotional and psychological responses. A full-scale study is beyond the scope of anything I can do here, but I thought it might be helpful to provide some guidance in how to deal with those responses in a way that can be productive.

Accept Your Situation and Seek Help

The first bit of advice would be to accept that this situation is part of your life now. A criminal charge may or may not have an impact on your future but for right now, it does have an impact. While there are a small number of exceptions, criminal charges don’t just go away. You cannot ignore it. You must deal with it. If you don’t, a warrant will issue and you will go to jail.

Take responsibility for this new life situation by putting into place whatever is necessary to resolve it. That usually means hiring an attorney to assist you. Other than in unique circumstances, the most responsible step to take once you learn that you are the target of an investigation or have actually been charged with a crime is to hire counsel. Your attorney can do for you what you cannot do for yourself without causing further problems.

Once you have hired a Salt Lake City criminal defense lawyer, let yourself let go of the worry by trusting your attorney to guide you through the process. It is a process and while you may want the whole thing to go away fast so you can get on with your life, it is in your best interest to let the process work and that may take some time. I have had many clients who wanted to plead guilty just to get it behind them and move on with their life. 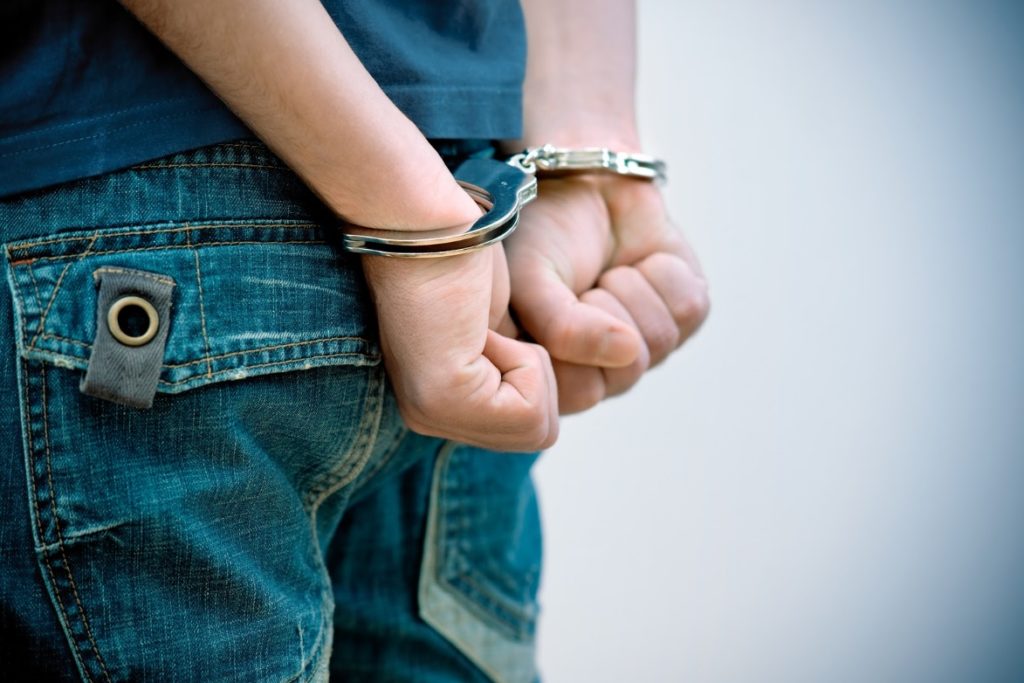 Place Your Trust in Your Criminal Defense Attorney

Inevitably those clients later regret their decision. Slow down. Get on with your life by putting the case in the hands of your attorney. That is part of what you are paying for. To do this you must trust your attorney. If you don’t, get a new attorney.

Don’t fall into the trap of believing your charge defines you. Only a very small fraction of people caught up in the criminal justice system are truly bad people. Most are in the system because they’ve made bad decisions and did so for reasons that relate to some problem they have been struggling with for some period of time. It may be an addiction. Or it may be mental illness. It may be learning to control anger impulses. Or, it may be trying to satisfy a false need to “even the score” by taking or destroying someone else’s property. There are as many reasons for making a bad decision or acting badly as there are ways of acting badly.

Just in case you are a skeptic and think I am just making excuses for criminals and their conduct, let me assure you that addressing the reasons for the bad behavior does, in fact, reduce crime and improve people’s lives. It’s good for society and it’s good for individuals and those who care about them. The repeatable success of specialized courts such as drug courts, mental health courts, and domestic violence courts attests to the reality that addressing the cause pays off for individuals and society.

One Bad Decision Doesn’t Define You

If you have made a bad decision or acted badly it does not mean you are a bad person. It just means you have to take responsibility for your actions and work on resolving whatever caused you to act badly. It does not mean you plead guilty or waive your rights to due process. It means that you take it as a personal goal to make yourself into a better person irrespective of the criminal proceedings. There are resources to assist you in tackling this task. Use them. Try to separate that task from the criminal proceedings but talk about it first with your attorney.

Think about but don’t make a snap decision as to what outcome you need in the criminal case. Communicate that clearly to your attorney. Be realistic. Your attorney can help you understand what is and is not realistic given the facts and the law governing your case. But only you can decide what outcome you can accept and live within the longer term. Do not be the person who pleads guilty only to regret it minutes after leaving the courtroom.

Ultimately, you may not get the outcome you desire and you need to accept that but you will have at least claimed responsibility for your life situation and your own decisions which is a far cry more important than being left with the feeling that you let yourself be bullied by the system, persecuted by the prosecutor, wronged by the jury or betrayed by your attorney. You are going to have to make decisions and it’s best that you start to really think about your options early before you ever get to court.

Don’t take anything that is said in court personally. Being charged with a crime is unsettling, to say the least. It feels like you are being personally attacked and in some ways that is exactly the situation. But understand that the system is large and rarely can it distinguish you from the masses of others similarly caught up in its machinery. The people who make the system work do not know you. You are a stranger to them. So don’t take anything they say personally.

A prosecutor once told a good friend of mine who had wrongly been accused of domestic violence “I know your kind!” while pointing his index finger stiffly and aggressively at my friend’s face. Well, if you knew my friend you would know the prosecutor couldn’t have been more wrong. He did not know anything about the person who stood before him. But to be fair to the prosecutor, he really wasn’t in a situation to know much about my friend other than what terrible things were written in the police report.

The prosecutor also had been blinded by seeing hundreds of similar police reports in cases involving similar charges. It’s too easy for people to become blinded by their own bias and prosecutors are no exception. I should point out here that I know many very fine prosecutors who are aware of this danger and actively work to avoid this kind of pitfall. My point is not that all prosecutors automatically assume you are a bad person. Some will and some won’t. But, the important point is that for your own wellbeing try not to take the charge or what a prosecutor may say about you personally. You know who you are. Don’t let them define that for you. Just remember, they do not know you.

It’s your attorney’s job to humanize you for the prosecutor, the jury and the judge. Don’t make that task harder by responding in a negative way in or out of court to what you perceive as personal attacks. This is especially important if your case goes to trial.

Clients can be their own worst enemy at trial by rolling their eyes during witness testimony, flopping back in their chair, or making noises throughout the trial. The judge sees it, and more importantly, the jury sees it. The jurors have been asked to pass judgment on the defendant and unfortunately, they are provided little information about the defendant upon which to make that determination. It is very hard for jurors to think highly of a person who cannot control their emotions in court.

One of the worst things a client can do at trial is creating an emotional outburst if the jury comes back with a guilty verdict. The judge sees it. The prosecutor sees it. It sends a clear signal that the client cannot control himself or herself. It screams out a message that this person is not a good candidate for probation and is in dire need of a structured environment such as jail.

Once a defendant is found guilty by a jury, often the next question whether the defendant will be taken into custody pending sentencing. Imagine how difficult it is for a defense attorney to convince a judge that his or her client can be trusted to return to court for sentencing after the client has just demonstrated a complete lack of respect for the court and the jury’s verdict.

Being caught up in the criminal justice system can be frustrating, scary, and cause you to react in ways you never would otherwise. Being conscious of those feelings and beginning early on to manage them will benefit you in many ways as your case moves through the system.

It is never fun being charged with a crime but if you take personal responsibility for your situation and the reasons you ended up charged in the first place, you are going to have a better outcome and you may just find out that you are a better person in the end than you were before irrespective of what happened in court.

No matter what the charge, I’m ready to defend you every step of the way.  Contact me via phone or email to discuss your case further.