Weapons have the power to injure, maim, or kill.  As a result, the laws surrounding their use and possession are very strict.  If you are charged with violating any of these laws, not only do you risk losing some of your valued gun privileges, you could also be facing very severe legal penalties.  If you are convicted, you may be facing years in prison and thousands of dollars in fines. These penalties are not exclusively restricted to firearms, and can also apply to various knives.

Furthermore, many other crimes, such as theft or assault, can be made substantially worse if a gun or other weapon is involved.  For example, while theft can be charged as a third degree felony, if the alleged offender uses a dangerous weapon during the theft, then the charges can be raised to second degree felony.  Likewise, misdemeanor assault becomes felony aggravated assault if the offender uses a dangerous weapon. 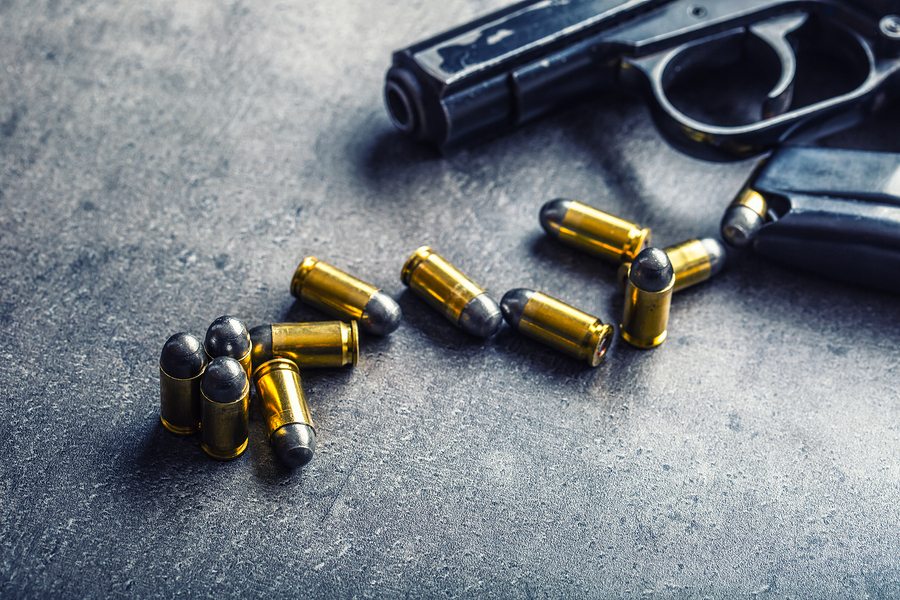 If you have been charged with weapon or gun crimes in Utah, it is critically important that you speak to an experienced attorney as soon as you can.  To schedule a completely free and confidential legal consultation, call Ogden weapons charges lawyer Darwin Overson at (801) 758-2287 today.

Sometimes, people mistakenly believe that because Utah is relatively relaxed with its gun laws compared to other states, these sorts of charges are “not a big deal.”  Unfortunately, the reality is just the opposite.  If you were arrested for a weapons violation, you need the support of a knowledgeable attorney who can defend your legal rights and aggressively fight the charges against you.

Attorney Darwin Overson has more than 15 years or experience representing thousands of clients facing a broad spectrum of weapons charges.  No matter how complicated or overwhelming your situation may feel, Darwin Overson will advocate tirelessly on your behalf in the pursuit of the best possible outcome.  Don’t wait until it’s already too late: call right away to start discussing your options.

When is Gun Possession Illegal in Utah?

In Utah, if you wish to carry a concealed firearm you must obtain a permit through the Bureau of Criminal Identification.  Generally speaking, these permits are valid for five years, and may be renewed as the expiration date approaches.

However, there are many circumstances where these permits can be revoked, suspended, or completely denied.  Under 53-5-704(2)(a), the Bureau can deny, suspend, or revoke a permit for lawful carry if the applicant was or is convicted of a:

Under 76-10-503, additional persons who are ineligible for gun permits include:

It should be noted that these do not represent the full list of persons barred from lawful gun possession.

There are also geographic restrictions on lawful gun use.  In Utah, you may not carry a gun in any of the following locations:

Firearms are not the only devices which are legally considered to be weapons.  Under 76-10-501, any “object that, in the manner of its use or intended use, is capable of causing death or serious bodily injury” can be classified as a weapon, with the exception of chemicals, explosives, or incendiary devices.  Pursuant to 76-1-601, an imitation of a dangerous weapon can also be sufficient to lead to criminal charges, provided that either:

If a person is in Category I as mentioned above, he or she can be penalized with:

If a person is in Category II, he or she can be penalized with:

Carrying a concealed weapon without a permit to do so lawfully is also a crime, graded as an A misdemeanor and punishable by up to one year in jail and a fine of $2,500.

If you or someone you love has been charged with gun possession or other weapons crimes, the legal penalties you risk are very serious.  For a free and private case evaluation, call attorney Darwin Overson right away at (801) 758-2287, or contact us online.