True or false: carrying a large amount of cash is a crime.  If you answered “false,” you’d be correct. Since the act of keeping paper money in your car or on your person is not inherently criminal, you would rightfully expect that the money in question could not be legally seized by law enforcement. After all, it isn’t a pile of narcotics, or child pornography, or illegal weapons; it’s just money. Nonetheless, the reality of the matter is that any citizen carrying $10,000 or more will be suspected of drug trafficking, and the money in question can be legally seized — and kept — by the authorities. This sort of occurrence is not a hypothetical extreme: it happens right here in Utah on a fairly regular basis.

Simply put, forfeiture refers to the forced surrender of money or other assets derived from criminal activity.  For example, if a drug bust uncovers a basement full of heroin baggies and distribution profits, the illegally-made money can be seized by the government.

According to the official asset forfeiture web page of the FBI, “Many criminals are motivated by greed and the acquisition of material goods. Therefore, the ability of the government to forfeit property connected with criminal activity can be an effective law enforcement tool by reducing the incentive for illegal conduct.”  The site goes on to add, “The use of asset forfeiture in criminal investigations aims to undermine the economic infrastructure of the criminal enterprise.”

In our clearly criminal heroin example, it’s a logical course of action.  But what about profits which are merely “suspicious,” and haven’t been definitively tied to criminal activity?  Criminal forfeiture is one thing, but civil forfeiture is a different beast.

Unfortunately, the onus falls on the owner of the money to prove that his or her funds are, in fact, legitimate.  Meanwhile, law enforcement agencies need only probable cause to justify such a seizure, even within a civil, non-criminal context.  “The burden of proof on the FBI to seize property for civil, administrative and judicial forfeiture is probable cause,” states the FBI’s website. “Probable cause for an administrative forfeiture is defined as a reasonable ground for belief of guilt, supported by less than prima facie proof, but more than mere suspicion.”

What does that mean, specifically?  What exists in the grey middle ground that hangs between proof and suspicion?

Even when a civilian manages to prove that the assets in question lack ties to criminal activity, the state doesn’t always return the confiscated belongings. 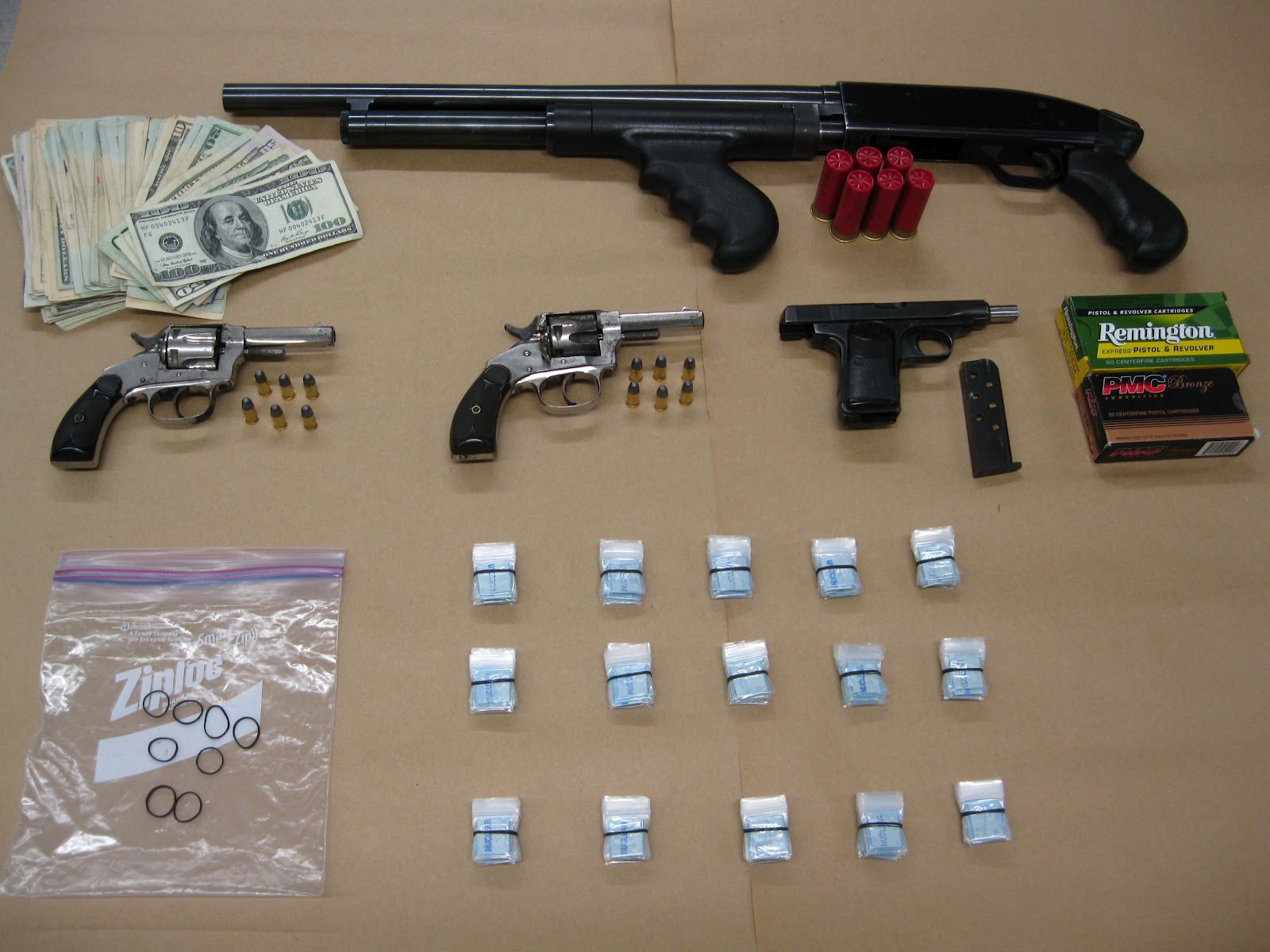 In June of 2012, Utah man James R. Wilkes was arrested by the West Valley City Police Department. The West Valley City PD accused Wilkes of strapping 13.5 grams of methamphetamine to his Chevy pickup with the intent to distribute narcotics.  The Salt Lake County District Attorney’s Office then initiated asset forfeiture proceedings to seize Wilkes’ Chevy, Harley-Davidson motorcycle, and most notably, over $18,000 in cash.

In April of 2013, the drug charges were dropped, and Wilkes was once again an innocent man.  At this juncture, one would expect his perfectly legal assets to be returned — but that isn’t quite what happened.

Virginia attorney David B. Smith says, “It’s too late, essentially…  They’re basically taking money and property from people who can’t afford to contest the forfeiture, so they’re pretty much at the mercy of the police department and D.A.”

Desperate to retrieve his money, Wilkes eventually filed a letter with the 3rd District Court stating the funds derived from a combination of legitimate income and inheritance from his father’s recent passing.  “I have a 1-year-old I’m half responsible for,” the letter pleaded.  “I’m penniless…”

Following Wilkes’ letter, the District Attorney’s Office conceded that the charges had been dropped, and that the seized cash and assets were legitimate — but not everything was returned.  Wilkes received $14,000, but the remaining $4,172.73 was kept by Utah authorities.  Wilkes’ Chevy and motorcycle were also kept by the authorities.

“What this really illustrates,” says Smith, “is even if the government has a weak or nonexistent case, most people don’t have the money to fight it.”

Even two vehicles and more than $4,000 short, Wilkes was nonetheless luckier than most. Oftentimes, none of the seized assets are returned — innocent standing or not.

What Are Forfeiture Funds Actually Funding?

Utah law enforcement may be guilty of unmerited forfeiture actions, but the problem isn’t confined within the boundaries of the Beehive State.  Within the legal community, Texas’ Jim Wells County has gained a certain notoriety for making particularly significant cash seizures.

On one hand, it’s easy to see how and why this approach might develop in such a geography.  Jim Wells County is located at the southern tip of Texas, in close proximity to Mexico and the drug trafficking cartels.  Jim Wells County Sheriff’s Office Captain Ray Escamilla reports, “We’ve been working southbounders for the money and weapons that are going back to Mexico.”  But Escamilla also says, “You don’t want to take the money from any John Doe.  If you can’t prove that it’s been a criminal activity, reasonably suspicious, probable cause, you don’t want to take it, ’cause it’ll look bad in court.”

Not because it’s unethical; because “it’ll look bad in court.”

Perhaps it’s unfair to dissect Escamilla’s choice of wording.  After all, it will look bad in court; and members of law enforcement located so close to cartel territory operate elbow-deep in narcotics, murder, and violence.  That doesn’t leave much room for political correctness.

Nonetheless, it makes one wonder at the motivation behind the frequent seizures in Jim Wells County — particularly when you consider the fact that police forces are often underequipped, understaffed, and short on cash.

According to Escamilla, “I think every year we’ve bought three to four vehicles, all of our equipment, guns, high-powered rifles, all bought with forfeiture funds.”

The Institute for Justice, a non-profit law firm founded in 1991, has a term for this trend — “policing for profit.”  In a report entitled “Policing for Profit: the Abuse of Civil Asset Forfeiture,” IJ condemns the practice, stating:

Americans are supposed to be innocent until proven guilty, but civil forfeiture turns that principle on its head.  With civil forfeiture, your property is guilty until you prove it innocent.

What to Do if Your Property Has Been Seized

When we read about terrible things happening to other people on the internet, or hear about it on the news, we have a tendency to think, “That will never happen to me.”  Car accidents, bankruptcies, the seizure of assets and property — those are things that “happen to other people.” Unfortunately, civil asset forfeiture can happen to anyone, even completely innocent people who have never committed so much as a misdemeanor in their lives.

To make matters worse, there is often a correlation between property seizure and racial profiling, and black and Latino drivers are disproportionately targeted in these matters.  The ACLU sometimes becomes involved with these racially motivated civil asset forfeiture cases, and was able to reach a settlement in the case of Morrow v. Tenaha in Texas.

Unfortunately, civil asset forfeiture is complicated further still by a Department of Justice program known as the Equitable Sharing Program.  To quote the DOJ:

Through this Program, the Department of Justice distributes an equitable share of forfeited property and proceeds to participating state and local law enforcement agencies that directly participate in an investigation or prosecution that result in a federal forfeiture.

In other words, state and local agencies apply to join the Equitable Sharing Program.  Once a given state or local agency joins this program, they can call the FBI, DEA, ATF, etc. whenever a forfeiture case arises, thereby elevating the case to federal status.

Of course, the goal is not temporary reclamation — you want your property back, period.

If your money, vehicle, or other property is confiscated by the authorities, it can seem as though you are powerless to fight back.  Do you have any legal recourse?

Fortunately, you do.  If you feel you have been victimized by civil asset forfeiture abuse in Utah, the most important step you can take is to call an attorney immediately.  Salt Lake City criminal defense lawyer Darwin Overson, with the full resources of the law firm Cohne, Rappaport & Segal, will help you recover your property from wrongful seizure by law enforcement.  We have recovered amounts as high as $150,000 for our clients.  If you haven’t committed a crime, you do not have to submit your property to wrongful, purposeless confiscation.

If you feel your legal rights have been violated, contact Overson Law right away to speak confidentially with an experienced, aggressive defense attorney.  Call our law offices at (801) 758-2287, or contact us online today.