People usually enter a marriage with the best of intentions. Everybody wants to live happily ever after with the love of their life. Unfortunately, marriage’s trials and tribulations are sometimes too much to handle, and a married couple may decide to divorce. There is no shame in deciding to end a marriage. It is better to be happy on your own than miserable with someone else. Getting a divorce is not always an easy process and it can be even more challenging when one of the parties refuses to cooperate.

If you are considering a divorce, or perhaps you and your spouse have mutually agreed that a divorce is best, please contact our Salt Lake City divorce attorney at Overson Law, PLLC. We will work with you to help make your divorce as smooth and painless as possible. Call (801) 758-2287 to speak to our legal team about scheduling a free and confidential consultation about your case. 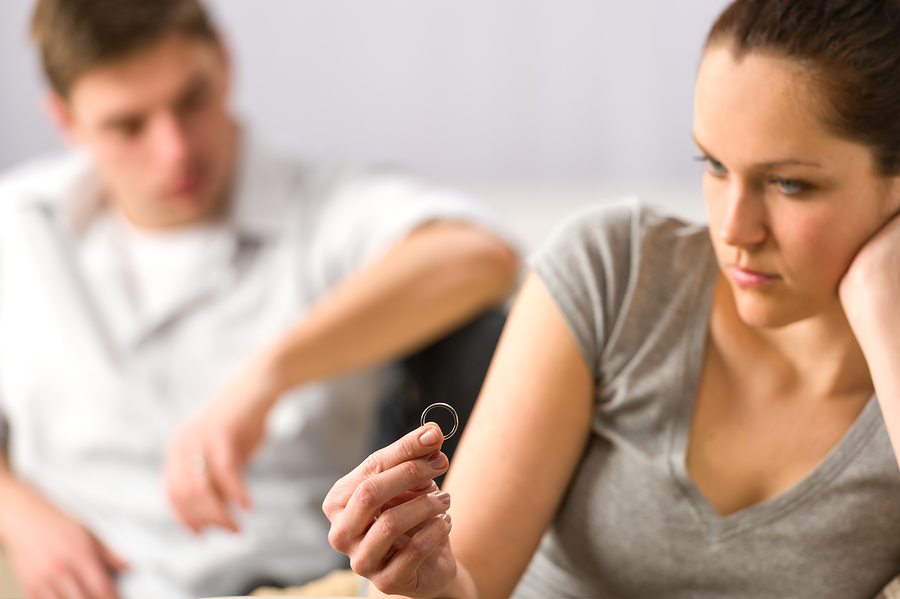 In many cases, spouses wish to assert a specific reason for their divorce. It is not necessarily required, but you can assert some grounds or a basis for the divorce. Our Salt Lake City divorce lawyer can help you decide what arguments to base your divorce on. In the past, the only way to be granted a divorce was by asserting specific legal grounds for it. Today, couples may divorce by claiming the somewhat vague basis of “irreconcilable differences.” This is often used when couples choose to divorce simply because they are no longer in love or no longer happy. Alternatively, you can still assert more specific grounds for divorce that may be important in your case:

Impotence at the Time of Marriage

Many people enter marriage to have children someday. If a respondent is impotent and has been impotent since the start of the marriage, the petitioner may assert that impotence as grounds for the divorce.

This is probably the most obvious grounds for divorce. If either spouse cheats on the other spouse, the petitioner may assert that as the basis for divorce proceedings. People may interpret “cheating” differently, but it must involve a sexual relationship or encounter outside the marriage.

Willful desertion is when one spouse leaves the other spouse and provides no support whatsoever during their absence. The desertion must last for at least one year. If your spouse left over a year ago and has not provided you with any support during that time, you may claim this as grounds for divorce.

Willful neglect occurs when one spouse stops providing for the other spouse’s basic needs. This is beyond mere wants, such as new clothes or nicer furniture. Rather, this is a willful failure to provide things like food or adequate shelter.

Having a few drinks now and then is not habitual drunkenness. Habitual drunkenness involves more frequent, heavy drinking. Someone with a habit of being drunk would probably be considered an alcoholic. Someone’s constant or very frequent drinking can be used as grounds for a divorce in Utah.

Felony Conviction of the Respondent

Cruel treatment is often interpreted as mental, emotional, or physical abuse. Victims of domestic violence can use this as grounds for a divorce. However, you may be required to show evidence of the cruel treatment in court.

One spouse may divorce the other because their mental health has deteriorated to an extreme extent. The mentally ill spouse must be determined to be insane by proper authorities, such as a doctor, and the court must believe the insanity is incurable. This can be very challenging to prove in court.

Separation of At Least Three Years

If a married couple has lived separately under a separation decree in any state for at least three years, they may have grounds for divorce. The three years must be consecutive and the couple must not have cohabitated together during that time.

Our Salt Lake City divorce attorney can help you decide which grounds for divorce are best for you.

Perhaps the most significant difference between a fault and no-fault divorce is their effect on the overall outcome. In either scenario, you will likely be granted a divorce, but a no-fault divorce may work in your favor when dividing up marital property and assets. If you can prove to the court that your spouse’s actions were the cause of the divorce, the court may be more likely to favor you when dividing property and determining alimony. Our Salt Lake City divorce lawyer can assist you with your fault or no-fault divorce and help you move on with your life.

Divorce cases will typically take at least 90 days. Every divorce case in Utah has a required waiting period of 90 days after you file before the divorce can be finalized. Your divorce may take even longer depending on children, property, and the spouses’ general cooperation. Contentious divorces have been known to go on for years. Our Salt Lake City divorce lawyer is prepared to see you through to the end of your divorce, no matter how long it takes.

Contact Our Salt Lake City Divorce Attorney for a Consultation

Our Salt Lake City divorce attorney can help you file your fault or no-fault divorce as soon as possible. Call Overson Law, PLLC at (801) 758-2287 to schedule a free consultation with our team to discuss your divorce.