Does a Divorce Have to Go to a Judge in Utah?

Hollywood loves to fudge the facts when it comes to portrayals of our legal system. Courtroom dramas make for great entertainment, but they seldom represent reality. While movies and TV shows would probably have you believe that divorce always culminates in a contentious courtroom showdown, real divorces usually go differently. In this article, Utah divorce attorney Darwin Overson will explain when and why divorce cases actually go to trial.

What is an Uncontested Divorce?

If you and your spouse are worried about expensive, protracted court hearings, you can probably relax. According to CBS News, only about 5% of cases ever make it to trial. Other sources cite the number as being less than 5%. While estimates vary depending on who you ask, it’s easy to see what they all share in common: they’re tiny. Even in the worst case scenario, the likelihood of going to trial is minimal. 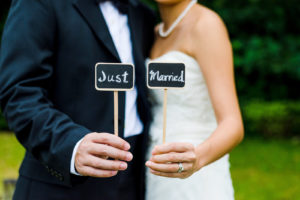 That being said, it’s certainly not unheard-of. The good news is that the course your divorce follows is largely up to you and your spouse. In order to understand why, you have to have a general understanding of the Utah divorce process.

First, the petitioner files a complaint (petition) for divorce, which initiates the legal process. The spouse on whom the petition is served is known as the respondent. Once the respondent has been served with divorce papers, he or she has just 21 days to file an answer. (Out-of-state respondents have 30 days.) The nature of the respondent’s answer can set the divorce down a few different paths:

What if We Can’t Agree on Custody, Alimony, or Division of Property?

Even if aspects of the divorce are being disputed, it still doesn’t mean that trial is inevitable or even necessary. If you and your spouse initially disagree on how matters like custody, alimony, and division of property should be handled, then you will be sent to mandatory mediation.

Mediation is not like litigation (going to court). In litigation, the parties stand in opposition to one another, and each party seeks a different outcome. A judge presides over the trial, and renders a judgment based on the facts which are presented. If the court’s orders aren’t obeyed – for instance, if a spouse stops paying child support, rather than trying to have the terms of the support order modified – then the non-compliant person is in contempt of court and can be fined and jailed. 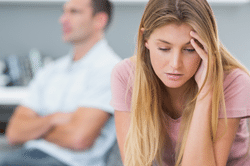 In mediation, a qualified mediator works with both parties to help them come to a resolution that both people can agree on. While mediation isn’t always effective, it does have several distinct advantages over litigation: it tends to be quicker, less expensive, and less formal. Plus, because mediation is inherently less adversarial than litigation, it can be desirable for divorcing spouses who want to stay on good terms for the sake of their children.

Trial is essentially a last resort, the final method of resolving the disagreements between you and your spouse. If mediation fails to solve your disputed matters, it will become necessary to go to trial before a judge. You and your spouse are not officially divorced until the judge grants the final divorce decree. However, even at this stage, either party may appeal if he or she disagrees with some aspect of the judge’s decision. The notice of appeal must be filed within 30 days of the decree’s entry.

If you’re thinking of filing for divorce in Salt Lake City, don’t embark on the complex legal process without getting help from a skilled and experienced divorce attorney. To set up a free and confidential case evaluation, call the law offices of Overson Law, PLLC at (801) 758-2287 today.