What Kinds of Drugs Can Result in a DUI Charge in Salt Lake City?

Driving under the influence of drugs or alcohol can cause you to be arrested for DUI under Utah Code § 41-6a-502.  However, drug- and alcohol-related DUI charges are handled somewhat differently.  Salt Lake City DUI lawyer Darwin Overson explains what DUI metabolites are, how intoxication by controlled substances gets detected, and the differences between DUI cases involving prescription medications and illegal narcotics.

How Do the Police Detect Drivers Who Are Under the Influence of Drugs? 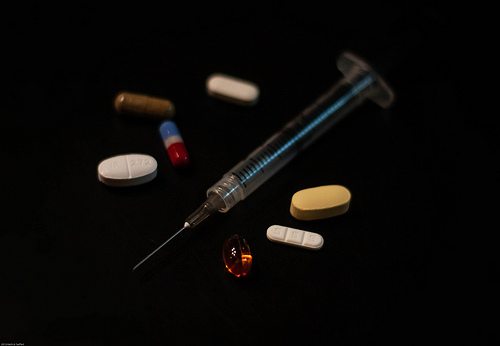 According to a statistical analysis by the Utah Commission on Criminal and Juvenile Justice, “There were 10,901 DUI arrests in FY 2014.”  Most of these arrests – about 81.4% (8,870 arrests) – were “per se,” which means the drivers allegedly had certain levels of drugs and/or alcohol in their systems when arrested.

For example, anyone whose blood alcohol content (BAC) meets or exceeds 0.08% can be arrested for DUI, with exceptions for juveniles and commercial drivers, who can be arrested for having lower BACs.  To quote one section of Utah’s DUI statute, Utah Code § 41-6a-502(1)(a), a person can be charged with DUI if there is “sufficient alcohol in the person’s body that a… chemical test shows… a blood or breath alcohol concentration of .08 grams or greater at the time of the test.”

When it comes to controlled substances, the threshold for intoxication is much less precise.  Under Utah Code § 41-6a-502(1)(b), the statute describes drug intoxication “to a degree that renders the person incapable of safely operating a vehicle,” without providing any hard numbers.  If an officer observes a person driving erratically – for example, weaving in and out of traffic lanes – the officer may pull the vehicle over for a DUI stop.

The officer may call a certified Drug Recognition Expert (D.R.E.) for assistance evaluating suspected signs of drug impairment, assuming the officer is not a D.R.E. him- or herself.  Over 150 D.R.E.s are stationed throughout the state, according to the Utah Highway Patrol.

What Are Possible Legal Defenses to a Metabolite DUI Charge in Utah?

Even if you are not actually under the influence of drugs while driving, simply having drugs in your system can result in a DUI arrest.  This situation, which is much less common than being arrested while intoxicated, is called a DUI metabolite.  The Commission report sums it up succinctly:

“It is… illegal to drive with any measurable controlled substance metabolite in one’s body, which accounted for 1% of arrests.”

Notice the phrase “any measurable controlled substance.”  That means a perfectly sober driver who previously used marijuana, methamphetamine, heroin, cocaine, crack cocaine, ecstasy, LSD, ketamine, psilocybin mushrooms, or any other illegal drug can potentially be charged with DUI per se if the drug metabolite is still in his or her system.  Some metabolites, such as THC in marijuana, linger for weeks or more, while others leave the body in a matter of days.

It may be possible to beat a metabolite DUI charge if the police did not have probable cause to pull you over.  A skilled Utah marijuana DUI lawyer will also scrutinize the procedures the police followed when arresting you and performing a blood or breath test.  Improper labeling and/or storage of your test results can also be a defense to DUI metabolite charges in Utah.

Even if you were using a legal prescription drug while or prior to driving, you can still be charged with DUI despite the fact that the drug itself is not illegal.  In these types of cases, it may be a defense that you were taking the drug as prescribed by your doctor.  However, if the prosecution can prove that you were too intoxicated to drive safely at the time of the offense, you can still be convicted – even if you have a valid prescription.

If controlled substances were present in your vehicle or on your person at the time of the alleged DUI, you may be charged with separate drug crimes, such as possession of controlled substances, in addition to the DUI charges.  Drug possession charges can also arise from legal drugs that were obtained illegally – for instance, by forging a prescription.

If you, your child, your boyfriend or girlfriend, or one of your family members was arrested for DUI with drugs in Salt Lake City, West Valley City, West Jordan, South Jordan, Sandy, Riverton, or other parts of Salt Lake County, it is urgent that you contact an experienced West Valley City DUI defense attorney as soon as possible.  Your Fourth Amendment rights against illegal search and seizure may have been violated, or there may have been problems with inaccuracy or contamination of your chemical test results.

Whatever the circumstances may be, representation by a tough and aggressive Sandy DUI attorney increases your odds of beating the charges or having your case dismissed.  Call the law offices of Overson Law immediately at (801) 758-2287 for a free and confidential legal consultation about your Utah DUI arrest.