When Do Judges Grant Sole Custody in Utah Custody Cases?

In most Utah divorce cases, family courts try to grant joint custody (shared custody).  However, there are some situations where joint custody is simply not appropriate.  In these cases, the judge will grant sole custody to one parent.  In this article, divorce lawyer Darwin Overson will explain some common situations where a judge might decide to deny joint custody.

The difference between joint custody and sole custody is fairly straightforward: the former involves both parents sharing child custody on a roughly equal basis, while the latter involves making one parent alone the custodial parent.  However, what many people don’t initially realize is that there is also a distinction between legal custody and physical custody, which can be mixed and matched with regard to sole versus joint arrangements.

Legal custody is more complex, because it involves every aspect of custody which is not covered by physical custody.  That includes, but is not limited to, matters like marriage, schooling, healthcare, military service, religious upbringing, and even tattoos and piercings.

In joint legal custody, these “rights, privileges, duties, and powers” are shared by both parents (with some narrow exceptions where “exclusive authority” is granted for “specific decisions”).  In sole legal custody, one parent has the decision-making authority – at least until his or her child turns 18 years old and legally becomes an adult. 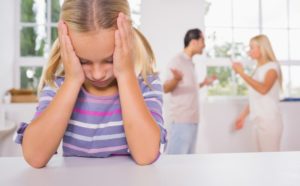 With that in mind, some common reasons to grant sole custody include the following:

If you need help resolving a custody dispute in Utah, call family law attorney Darwin Overson at (801) 758-2287 to set up a free and confidential legal consultation.  Our lines are always open, and you will not be charged with any fees for your consultation.  Darwin also helps parents and families with related legal matters in Utah, including alimony and adoption.