Are the Police Allowed to Lie in a Criminal Case in Utah?

As public servants, you would probably expect police officers to be held to the highest standard of truth at all times. However, while some police conduct crosses the line into entrapment — which can be raised as a defense against criminal charges — there are also some situations where it is actually legal for law enforcement to lie or make misleading statements. In this article, Salt Lake criminal defense lawyer Darwin Overson will explain the difference between police dishonesty and acts of entrapment.

When is it Legal for Police Officers to Lie to Suspects?

Undercover work is probably the most obvious example of lying to criminal suspects, because the entire premise of working undercover is based on the use of a false identity. There is a widespread misconception that if a person asks, “Are you a police officer?” then the officer has to answer truthfully. This is simply not the case, which only underscores the importance of consulting with a defense lawyer before you interact with law enforcement. If officers were required to be truthful at all times, undercover police work would effectively become impossible. 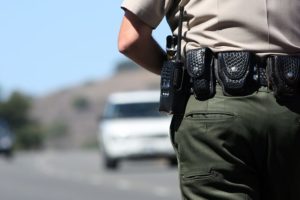 The police can also lie when interrogating a criminal suspect, though the suspect must be read the Miranda Warning before the interrogation begins. For example, an officer might tell a person who is being interrogated that his or her accomplice has already named them as the culprit, when in fact no such statement has been made, if the officer has even spoken to the accomplice. To give another example, an officer might tell a suspect that he or she already knows the suspect is guilty, so they might as well just confess and get it over with. The officer might claim to have seen evidence which may not even exist, or might tell the suspect that they’ll “go easy on them” if they just admit to the crime.

The United States Supreme Court ruled in Frazier v. Cupp (1969) that voluntary confessions obtained through police dishonesty were valid, with an emphasis on the word voluntary. Referring to Jerry Rawls, cousin to defendant Martin Frazier, the Supreme Court stated, “The fact that the police misrepresented the statements that Rawls had made is, while relevant, insufficient, in our view, to make this otherwise voluntary confession inadmissible.” Even though the police were lying to Frazier when they told him that Rawls had made certain statements, Frazier was still convicted on murder charges.

Raising the Entrapment Defense Against Criminal Charges in Utah

While officers can sometimes make false claims to criminal suspects, some conduct crosses the boundary into entrapment.

The term “entrapment” describes a situation in which a police officer encourages or even coerces a person into committing a crime which he or she otherwise would not have committed. Both of these elements must be present in order for entrapment to exist. Simply lying to a criminal suspect does not constitute entrapment, contrary to numerous claims on the internet. However, when entrapment does occur, it can be raised as legal defense against almost all types of criminal charges.

State law makes entrapment a defense under Utah Code § 76-2-303. As defined by the statute, “Entrapment occurs when a peace officer… induces the commission of an offense in order to obtain evidence of the commission for prosecution by methods creating a substantial risk that the offense would be committed by one not otherwise ready to commit it.” Stated more simply, an officer goads a person into committing a crime, for the sole purpose of getting evidence against the person.

Crucially, the statute points out that “merely affording a person an opportunity to commit an offense does not constitute entrapment,” which is why posing as a drug dealer or prostitute is not entrapment. The officer must actively prod or encourage the person to go out of their way to commit the crime.

While entrapment is a potential defense to various criminal charges in Utah, there is one notable exception. Utah Code § 76-2-303(2) states that a defendant cannot raise the entrapment defense when (1) “causing or threatening… injury is an element of the offense charged” (e.g. being charged with assault), and (2) “the prosecution is based on conduct causing or threatening the injury to a person other than the person perpetrating the entrapment,” meaning the defendant is being tried for injuring (or attempting to injure) someone besides the officer who entrapped the defendant. 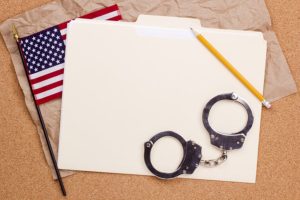 If the court finds that the defendant was a victim of entrapment, which is determined after the defense files a written motion, then the charges against the defendant will be dismissed “with prejudice” (dismissed permanently). The court’s decision can be appealed to a higher court, but the case cannot be retried.

If you’ve been charged with a crime in Utah, don’t speak to the police without a lawyer on your side. Equipped with 16 years of experience representing defendants charged with felonies and misdemeanors in the Salt Lake City area, attorney Darwin Overson is ready to challenge any police officer who abuses their power. Darwin will investigate the circumstances of your arrest to determine whether you were a victim of entrapment, and will fight aggressively to protect your Constitutional liberties. To set up a free and private legal consultation with criminal defense lawyer Darwin Overson, call the law offices of Overson Law LLC at (801) 758-2287 today.