Can the Police Search Your Work Computer for Child Pornography in Utah?

The Fourth Amendment to the U.S. Constitution provides the “right of the people to be secure in their persons, houses, papers, and effects, against unreasonable searches and seizures” by members of law enforcement.  In short, the Fourth Amendment protects your rights to privacy – within certain limits.  But where do those limits begin and end in the workplace?  Are police officers allowed to search your work computer if you are suspected of possessing child pornography?  Salt Lake City child pornography possession attorney Darwin Overson examines the constitutionality of workplace computer searches, plus an important new Utah law that requires I.T. workers to report child pornography found on employees’ devices. 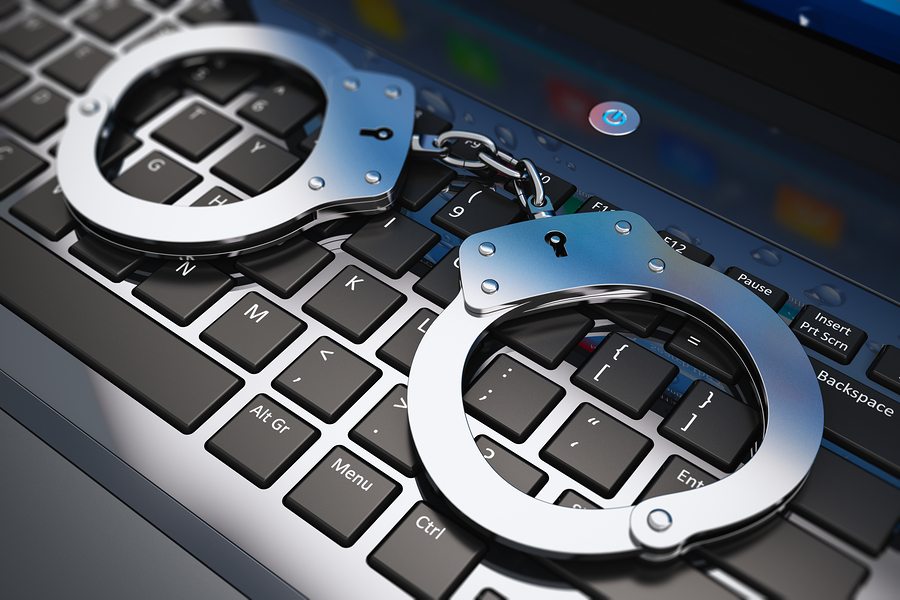 On one hand, evidence which has been lawfully obtained can be used to prove a defendant’s guilt in court.  On the other, if evidence is obtained through illegal searches that violate the Constitution, the result may be a dismissal of the case.  To provide an example of this occurring in Utah, in 2012, 10 out of 26 drug possession cases arising from arrests made by Officer Ira Smith – a member of the Uinta-Wasatch-Cache National Forest Service – were dismissed after defense attorneys argued that defendants had been detained or searched in ways that violated the Constitution.

Yet in some cases, even illegally obtained evidence has been ruled admissible.  Following up on Utah v. Strieff – a controversial drug-related case we covered last October – the U.S. Supreme Court ruled earlier this year in a 5-3 decision that evidence recovered in illegal stops may be admissible if officer realized the suspect had an outstanding arrest warrant before conducting the search, as was the case in Strieff.

When it comes to offices and other workplaces, questions arise about the “reasonable expectation of privacy”: the legal boundary that separates lawful from unlawful searches.  Because workplaces are public areas, occupants may have a lowered expectation of privacy.  In the U.S. Supreme Court case Katz v. United States (1967), Justice Potter Stewart wrote, delivering the opinion of the Court, “What a person knowingly exposes to the public, even in his own home or office, is not a subject of Fourth Amendment protection.”

Ultimately, the right to privacy in the workplace is a complex legal issue that needs to be evaluated on a case-by-case basis.  GP Solo magazine, a publication of the American Bar Association, summarizes the issue succinctly:

“Because there are so many different work environments, each claim of privacy has to be evaluated based on the actual conditions of the workplace.  Factors to look at include the use of the same office or piece of technology for a long time, the exclusive use of the space or technology, and the storage of personal items or information with the employer’s knowledge, consent, or tolerance.”

These factors – which necessarily vary from one situation to the next – all play a role in determining whether an employee has a reasonable expectation of privacy.

Fourth Amendment-related questions of workplace privacy aside, Utah residents should be made aware that Utah recently adopted a law which requires I.T. workers to report child pornography they discover on employees’ computers – or else face criminal consequences.

House Bill 155, which was signed into law by Governor Gary Herbert in March, makes it a Class B misdemeanor – punishable by a fine of up to $1,000 and/or up to six months in jail – for computer technicians to willfully fail to report images or videos depicting child pornography.  However, the law provides one defense to these charges: reasonable belief that the person depicted in the image was at least 18 years old.  (Critically, this defense is not provided by Utah child pornography possession / distribution statute, though it is an affirmative defense that “no person under 18 years of age was actually depicted” in the explicit material.)

The reporting law for I.T. workers, which can be viewed in full under Utah Code § 76-10-1204.5, requires such reports to be immediately made to either the Cyber Tip Line at the National Center for Missing and Exploited Children, or “an employee designated by the employer of the computer technician.”  The reporting technician’s identity will be kept confidential, with some exceptions “as necessary for the criminal investigation and the judicial process.”

If you or one of your loved ones has been accused of distributing or possessing child pornography on a work computer, personal computer, or any other device, it is crucial that you are represented by a skilled, knowledgeable, experienced, and aggressive Utah sex crimes defense lawyer.  A child pornography-related conviction can change your life forever, not only by exposing you to very serious penalties, but also by permanently altering the way you are perceived by your friends, family, community, and peers.

You need to take every possible measure to protect your reputation if you have been accused of the possession of child pornography.  For a free and confidential legal consultation, call Overson Law, PLLC immediately at (801) 758-2287.