Is it a Crime to Lie to the Police in Utah?

Talking to the police is stressful.  You’re on the spot and feeling nervous, unable to remember where your legal rights begin and end.  You don’t know what you should or shouldn’t say, and aren’t sure how you should answer the questions you’re being asked.  Eager to get out of the situation and be on your way, you stammer out a lie.  Unfortunately, by lying to the officer, you’ve just made your legal situation much worse.  In this article, Salt Lake City criminal defense lawyer Darwin Overson will explain the do’s and don’ts of interacting with the Utah Highway Patrol – and the consequences of lying to law enforcement or filing a false police car accident report.

When Police Can Stop You and How to Interact with Them

A Utah police officer cannot legally stop you for questioning unless he or she has “reasonable suspicion” of criminal activity.  This is provided by Utah Code § 77-7-15, which states the following:

“A peace officer may stop any person in a public place when he has a reasonable suspicion to believe [the person] has committed or is in the act of committing or is attempting to commit a public offense.”

The statute adds that the officer “may demand [the person’s] name, address and an explanation of his [or her] actions.”

Reasonable suspicion is a somewhat nebulous term, whose limits have been probed by numerous court cases.  Utah defines it as “suspicion based on specific articulable facts drawn from the totality of the circumstances facing the officer at the time,” which, as you can see, leaves some room for interpretation.  Even if an officer claims that he or she had reasonable suspicion, the courts may disagree.  Your defense attorney will investigate every step taken and statement made by the arresting officer to determine whether your Constitutional rights were violated at any stage of the arrest.

A different standard applies for patting down (frisking) a suspect.  Under Utah Code § 77-7-16, a trooper may frisk you for a weapon only if he or she “reasonably believes he [or she] or any other person is in danger.”

As with reasonable suspicion, the judiciary may determine that reasonable belief did not actually exist.  For instance, in State v. Baker (2010), the Supreme Court of Utah ruled that “the officers did not have an objectively reasonable belief that Mr. [Luke Zachary] Baker was armed and dangerous at the time they frisked him and discovered the drugs and drug paraphernalia that were the subject of [Baker’s] motion to suppress.”  As a result, the Court affirmed the Court of Appeals (which reversed the district court’s denial of Baker’s motion to suppress evidence).

If you’re ever stopped by a police officer, you should:

You absolutely should not:

Does Utah Have Laws Against Lying to Lie Enforcement?

While you should never supply more information than you are asked for (and in fact, should say as little to the officer as possible), it is also important to draw the distinction between silence and lying.  The right to remain silent is protected by the Fifth Amendment to the United States Constitution, and is part of the Miranda Warning.  However, you do not have a protected legal right to knowingly and intentionally supply false information to law enforcement. 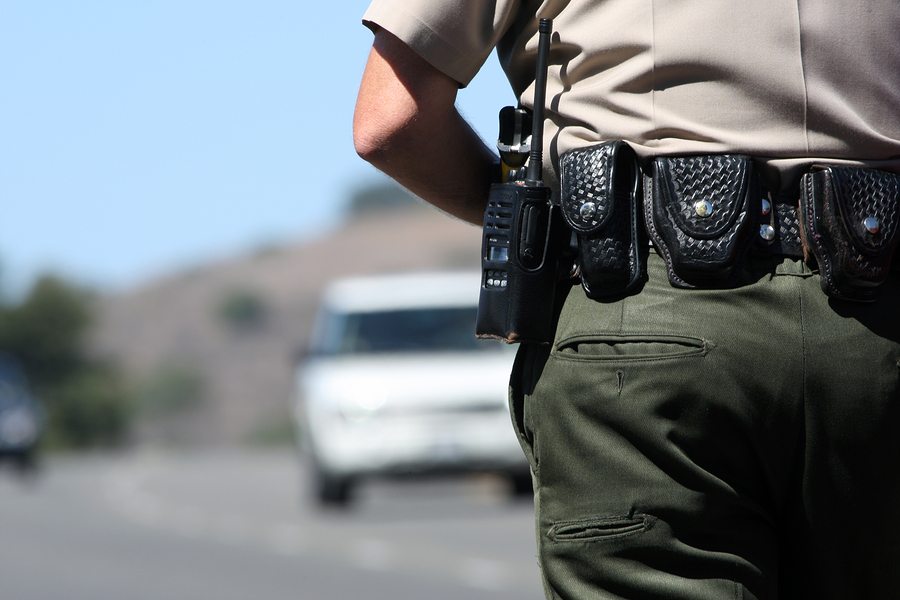 Various state laws make lying to officers illegal.  Some of these laws are described below:

The criminal penalties for a Class B misdemeanor include a fine of up to $1,000, and/or up to six months in jail.

The criminal penalties for a Class A misdemeanor include a fine of up to $2,500, and/or up to one year in jail.

If you think you were illegally frisked or questioned by a UHP trooper, you should have the incident reviewed by a lawyer as soon as possible.  Utah criminal attorney Darwin Overson has more than 16 years of experience representing defendants charged with a wide variety of felonies and misdemeanors in the Salt Lake City area, including drug crimes, weapons crimes, and theft.  To talk about your experience with the police in a free, completely confidential legal consultation with Darwin, call the law offices of Overson Law, PLLC at (801) 758-2287 today.