Can You Get Charged Twice for the Same Crime in Utah?

The phrase “Double Jeopardy” makes most people picture Alex Trebek. But in the context of criminal law, these two words take on a very different meaning. In this article, Salt Lake City criminal defense lawyer Darwin Overson will explain why a defendant cannot be prosecuted twice for the same offense, and go over some major exceptions to the prohibition against multiple prosecutions.

What is the Double Jeopardy Clause?

The term double jeopardy was not coined by the famous gameshow. It actually comes from the Fifth Amendment to the U.S. Constitution, which states, in part, the following:

“No person shall be held to answer for a capital, or otherwise infamous crime, unless on a presentment or indictment of a grand jury, except in cases arising in the land or naval forces, or in the militia, when in actual service in time of war or public danger; nor shall any person be subject for the same offense to be twice put in jeopardy of life or limb.”

That last sentence fragment, which has become known as the Double Jeopardy Clause, is particularly important to our discussion. Translated into the modern vernacular, it means that no citizen of the United States shall be prosecuted twice for the same criminal offense.

Of course, as with most legal matters, it isn’t quite that simple. 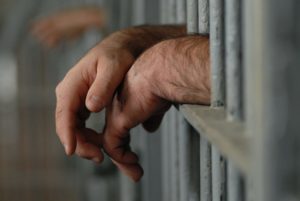 The purpose of the Double Jeopardy Clause is to prevent prosecutors from relentlessly harassing defendants after they have already been acquitted (found not guilty). If not for the existence of this critical clause in our Constitution, innocent defendants would spend their whole lives in fear of being placed on trial again and again. In addition to taking a devastating psychological toll on defendants and their families, this type of system would also consume the judiciary’s precious time and resources as courts inevitably became congested with endless revisitations of previously decided matters.

That being said, it’s very important to understand that double jeopardy will not protect you from being charged with the same alleged offense on two separate occasions. For example, if you were charged with retail theft in 2014, you could then be charged with another alleged retail theft from the same store in 2015. Nothing in the Fifth Amendment prohibits this.

When Can a Defendant Be Tried Twice for the Same Criminal Offense?

Despite the Double Jeopardy Clause, there are still a few situations where a defendant can be prosecuted twice for the same offense. In order to understand why, you have to understand the concept of state and federal crimes.

Each state has its own set of criminal statutes that make certain actions illegal. In Utah, for example, Utah Code § 76-5-203 makes murder a crime. However, the federal government also makes murder a crime under its own statute, 18 U.S. Code § 1111. If you read these two statutes side by side, you’ll quickly see that they share basic elements. Both denote deliberate killing: “intentionally or knowingly caus[ing] the death of another” under the Utah Code, and killing “with malice aforethought” under federal law.

Most criminal prosecutions occur at the state level. However, there are a variety of reasons a defendant could be prosecuted at the federal level — for instance, committing the crime on federal property, such as the Salt Creek National Park. The American Bar Association points out that “the sorting of cases into the state and federal systems is an executive branch choice,” and that “judges and defense counsel have no formal role in the decision.” 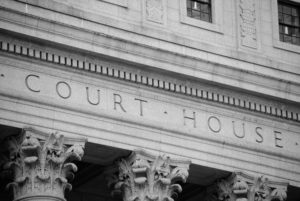 Additionally, multiple prosecutions are possible if the jury fails to return a unanimous verdict in a criminal trial. If this occurs, the judge will declare a mistrial, and a new trial will become necessary. The reason this does not violate double jeopardy is that the defendant was never actually acquitted in the original trial. If the defendant had been acquitted, no second trial would be necessary (or legally permissible).

If you or someone you love has been arrested in the Salt Lake City area, you need an aggressive and experienced criminal defense lawyer to fight for your rights in court. To set up a free, confidential legal consultation, call attorney Darwin Overson at (801) 758-2287 today. Darwin handles a wide range of felonies and misdemeanors, including drug crimes and sex offenses.