Can You Get in Trouble in Utah if Your Car’s Driver is Drunk?

According to the Eleventh Annual DUI Report to the Utah Legislature, more than 12,000 people were arrested for DUI in Utah during the 2013 fiscal year. That averages out to more than 33 arrests every single day. But while everyone knows that a drunk driver can get arrested for DUI (driving under the influence), what happens to the passenger? And are the other vehicle occupants allowed to drink, as long as the driver stays sober?

It isn’t just drivers who are expected to refrain from drinking in the car. State law also prohibits passengers from drinking, even though they aren’t behind the wheel. These laws are commonly referred to as “open container laws,” and are located in the state legislature at Utah Code § 41-6a-526.

Utah Code § 41-6a-526(2) states that “a person may not drink any alcoholic beverage while operating a motor vehicle or while a passenger in a motor vehicle.” This applies “whether the vehicle is moving, stopped, or parked on any highway or waters of the state.” Therefore, even if you’re just sitting peacefully in the back of a parked vehicle, you’re still prohibited from drinking. 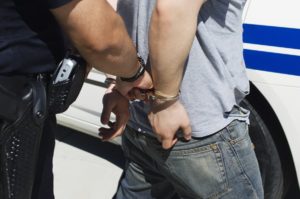 In fact, you don’t even have to be drinking from the container in order to break the law. Simply keeping an open container inside the glove box is illegal, too. This is established by Utah Code § 41-6a-526(3), which states that you cannot “keep, carry, possess, [or] transport… [an opened container of alcohol] in the passenger compartment of a motor vehicle,” nor can you allow other people in the car to do so.

This prohibition applies whenever the car is on a highway or “waters of the state,” meaning any river, lake, or other body of water in Utah. However, it does not apply to passengers who are riding in taxis or buses.
Now, you can relax if you’re bringing an unopened bottle of wine or case of beer to a get-together: as long as the seal hasn’t been broken, transporting alcohol is permissible. Just remember that the moment the container is opened, you can be charged with a crime – even if you screw the cap back on. The statute is very clear in specifying containers which have been opened, have had their seals broken, or have been “partially consumed.”

While Utah’s open container law is broad in scope, there are a few exceptions. The prohibitions described above do not apply to passengers who:

Open container violations are Class C misdemeanors. Offenders can be fined up to $750 and sentenced to a maximum sentence of 90 days in jail.

What Happens to the Passenger in a DUI Arrest?

Being pulled over by law enforcement is always an unnerving experience, so it can help if you know what to expect in advance.
The officer will want to assess how intoxicated everyone in the vehicle is, including the passengers. While you technically have the right to refuse a breathalyzer test, it is inadvisable to exercise this right due to the license suspension which can result. Your license can be suspended for 18 months for a first refusal, and up to three years for subsequent refusals. However, there are steps you can take to restore a suspended Utah driver’s license in some situations.

These penalties come from Utah’s “implied consent” law, which is codified at Utah Code § 41-6a-520, and states that any person driving in Utah “is [automatically] considered to have given… consent to a chemical test or tests of the person’s breath, blood, urine, or oral fluids for the purpose of determining whether the person was operating… a motor vehicle” while under the influence of drugs or alcohol. Unfortunately, the statute also provides that “the person to be tested does not have the right to consult an attorney or have an attorney, physician, or other person present as a condition for the taking of any test.”

Even if you’re completely sober and pass the breathalyzer test, that doesn’t mean you’re off the hook just yet. On the contrary, you could potentially be charged with reckless endangerment.

Under Utah Code § 76-5-112, “A person commits reckless endangerment if, under circumstances not amounting to a felony offense, the person recklessly engages in conduct that creates a substantial risk of death or serious bodily injury to another person” – for example, knowingly allowing an intoxicated person to drive, which could easily result in a car accident. Of course, there are exceptions for people who are not licensed to drive, or who are physically unable to drive due to a medical condition. 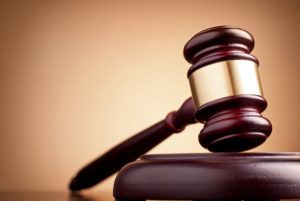 If you’re lucky, you may be allowed to leave the scene of the accident without further consequence. You might have to call a cab or get a friend to pick you up, unless the police are willing to transport you back home. You might not be able to drive yourself home in the vehicle, because under Utah Code § 41-6a-527, only the registered owner may remove the vehicle, and even then, the registered owner has to show ID proving ownership. Otherwise, the car will be seized and impounded.

If you’ve been charged with DUI in Salt Lake City or elsewhere in Utah, you’re facing expensive fines, jail time, suspension of your driver’s license, and other penalties. To set up a free and confidential legal consultation, call Sandy, UT criminal defense attorney Darwin Overson at (801) 758-2287 today.