Does Utah Have Hate Crime Laws?

There is no single crime called domestic violence. Instead, various crimes can have a domestic violence element. For example, physical or sexual assault might be considered domestic violence depending on the relationship between the offender and the victim. Hate crimes work in a similar manner, meaning there are actually many offenses which can be prosecuted as hate crimes — typically vandalism, simple/aggravated assault, or sexual assault. In this article, assault lawyer Darwin Overson will explain Utah’s hate crime laws, including enhanced penalties.

According to a recent FBI report, over 6,200 hate crimes were documented across the United States in 2011, encompassing more than 7,250 offenses and ultimately affecting more than 7,700 victims. Many of these crimes involved murder, vandalism, rape, and assault, among other, less common offenses. About 60% were offenses against the person (e.g. assault), while the remaining 40% were classified as property crimes (e.g. vandalism).

The vast majority of hate crimes reported in 2011 were motivated solely by one form of prejudice (e.g. racial prejudice, religious prejudice). These 6,216 hate crimes were categorized as “single-bias incidents.” Only a small handful of incidents were motivated by multiple forms of discrimination. 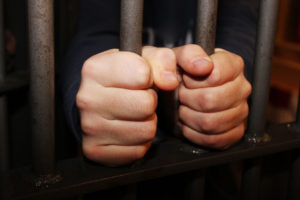 About one-third of all hate crimes took place in homes, apartments, and other residential settings. Nearly one fifth took place along roads and highways. About one-tenth occurred on college campuses and other educational settings. The remaining incidents — about 40% — were scattered across miscellaneous locations, including bars, parking lots, churches, and government buildings.

The commission of hate crimes fosters a climate of fear, oppression, and persecution. This is detrimental to public safety, and infringes upon the rights to life and liberty which are ensured by the U.S. Constitution. As a result, certain hate crimes carry enhanced penalties which go well beyond the penalties which would normally be imposed for the same type of offense.

However, before we examine when penalties are enhanced, let us clearly establish what makes a crime a hate crime. State law provides that, in order to be classified as a hate crime, an offense must both (1) cause the victim to fear physical injury or property damage, and (2) “be accompanied with the intent to cause or has the effect of causing a person to reasonably fear to freely exercise or enjoy any right secured by the Constitution or laws of the state or by the Constitution or laws of the United States.”

In other words, the act must be intentionally designed to place the victim in fear for their safety, so that he or she doesn’t feel comfortable exercising everyday rights. Thus, an offense is not automatically designated a hate crime merely because the victim happens to belong to a certain group. For instance, if two men get into a bar brawl over a spilled drink, and it later becomes apparent that one of the men happens to be gay, it would be assault, but not a hate crime, because the victim’s sexual orientation had nothing to do with the cause of the attack. 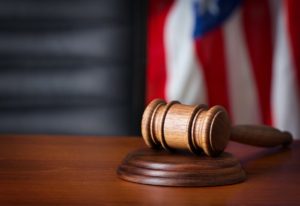 The statute does not establish enhanced penalties for felony offenses.

If one of your loved ones has been arrested for violent crimes in Salt Lake City or elsewhere in Utah, call Salt Lake City criminal defense lawyer Darwin Overson at (801) 758-2287 to set up a free, completely private legal consultation. Darwin is available 24 hours a day, seven days a week, and is available to make emergency jail or holding center visits.