What Items Are Salt Lake County Jail Inmates Allowed to Have?

It goes without saying that jails and prisons impose tough rules on incarcerated inmates.  Utah’s Salt Lake County Jail is no exception.  Most items you can imagine sending to your loved one are considered contraband and could lead to disciplinary actions or even criminal charges, depending on what the item is.  Since inmates aren’t allowed to claim ignorance as a defense to the possession of contraband, it’s important for loved ones to know what they can (and can’t) send inmates.  In this article, Salt Lake City criminal defense lawyer Darwin Overson will go over the Salt Lake County Jail rules for sending mail to prisoners, including how checks, cash, and money orders are handled, and what happens if an inmate gets caught possessing illegal items like drugs or weapons.

When you hear the word “contraband,” you probably think of smuggling operations, drug crimes, and illegal weapons.  However, in the heavily-regulated environment of a corrective facility like a jail or prison, the word takes on a much broader meaning.  The Guide to Salt Lake County Jail defines contraband to include:

Whenever inmates receive mail, contraband is always a concern for jail personnel.  Any letter you send to an inmate will be opened and thoroughly inspected, so you might want to think twice before writing down any private or sensitive information.

Unfortunately, virtually anything you might think to send to an inmate is considered contraband, including stamps, tape, glue, and writing supplies.  In fact, the only items not considered contraband are paper and small photographs – that is, provided they don’t depict any nudity, drug use, drug paraphernalia, or gang signs.  You can only send four photographs at a time. Photographs with dimensions larger than 4”x6” are contraband, so don’t try to send framed or blown-up images.

All mail must be sent via the U.S. Postal Service, regardless of its contents.  If you try to send mail using FedEx, UPS, or similar shipping services, the jail will reject the package and the intended recipient will never receive any of the package’s contents.

If any mail you send to the jail is rejected, you should receive written notification.  You can always call the jail at (385) 468-8400 if you have any questions or concerns.  That phone number will bring you to Prisoner Information.

Surprisingly, the jail’s strict rules do allow friends and loved ones to send inmates money.  However, because inmates are not allowed to possess money themselves, any cash, certified checks, and/or money orders received by an inmate will simply be credited to his or her Commissary account.  Money orders, bank checks, and cashier’s checks are all considered contraband unless they are specifically made out to the inmate, so don’t forget to designate the intended recipient by name.  If you know what it is, you should also include the inmate’s SO number.  This will help expedite processing so that mail reaches its recipient faster. 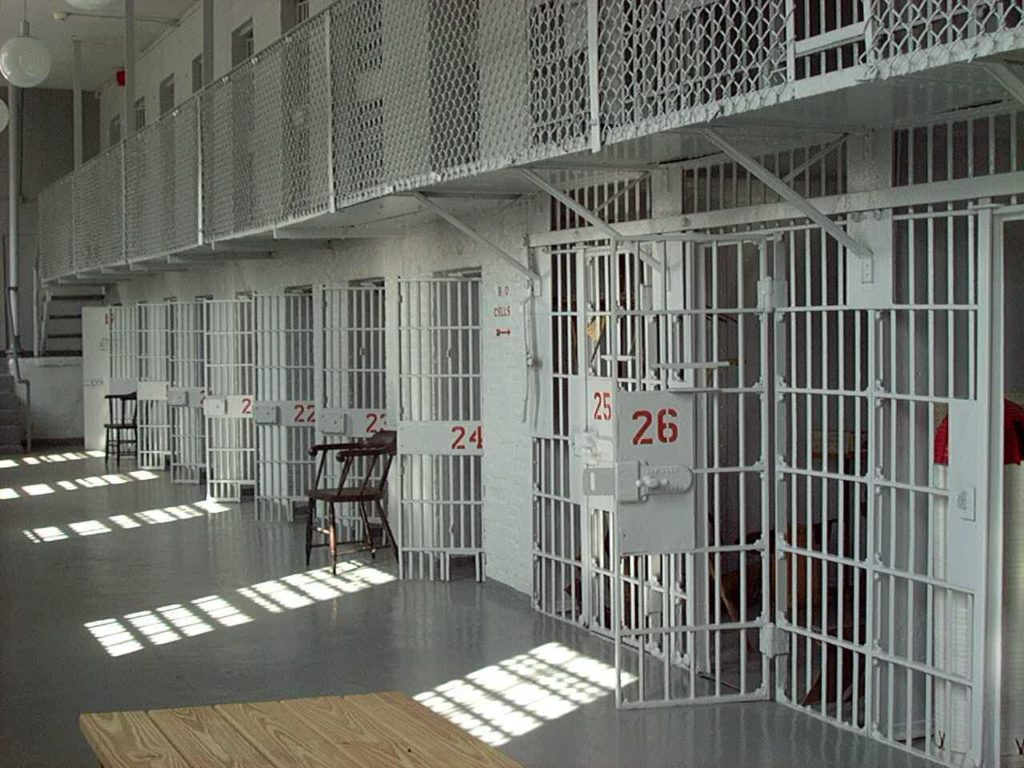 What Happens if an Inmate Commits a Crime While They’re in Prison?

As you can see from these many rules and regulations, most “contraband” is perfectly legal and will simply be returned to sender.  However, if you try to send an inmate anything which is illegal, such as illegal weapons or narcotics, criminal charges can be filed.  Inmates are not shielded against further criminal prosecution simply because they are already in custody awaiting trial.

In fact, committing a crime inside a prison or jail can actually make the offense (and its legal consequences) worse.  For example, under Utah Code § 58-37-8(2)(e), “Any person convicted of [drug possession] while inside the exterior boundaries of property occupied by any correctional facility… or any public jail or other place of confinement shall be sentenced to a penalty one degree greater [than normal].”  This means a Class A misdemeanor could be increased to a third degree felony, a third degree felony could be increased to a second degree felony, and so forth.  Likewise, murder committed inside a jail or prison becomes aggravated murder, an offense which is punishable by death.

In addition to facing criminal charges, inmates will also be subject to disciplinary actions within the jail system – even if they didn’t know the item was contraband.  As the Salt Lake County Jail guidelines caution inmates, “It is not a defense to disclaim knowledge of what constitutes contraband.”  You can help your loved one by refraining from sending them any items which could aggravate their legal situation.

If one of your loved ones is being held in custody at the Salt Lake County Jail, the defense attorneys of Overson Law LLC may be able to help.  Our lawyers have over 16 years of experience handling a wide variety of felony and misdemeanor charges, and have worked on thousands of cases.  Even if your loved one has already been convicted, it may be possible to lower the offense grading and shorten their sentence by bringing an appeal.

To start talking about how we can help you in a free, completely confidential legal consultation, call our law offices any time of day or evening at (801) 758-2287.  We are ready to make holding center or jail visits in case of an emergency.