What is a Plea Bargain and Why is it Used in Utah Criminal Cases?

Movies and TV shows give the false impression that most criminal trials result in a dramatic pronouncement of guilt or innocence.  In reality, the vast majority of criminal cases terminate with plea bargains, which are also called plea deals or plea agreements.  Plea bargains are controversial, and there are strong arguments for and against their use.   In this article, Salt Lake City criminal defense lawyer Darwin Overson will explain how plea bargains work, the pros and cons of plea bargaining, the different types of plea deals which may be offered, and the ethical debate surrounding the plea bargain system.

What Are Plea Bargains? Are There Different Types?

When most people think of a criminal case, they imagine jurors debating whether proof beyond a reasonable doubt exists against the defendant.  However, most cases resolve in a very different way: through plea bargaining.

While plea deals usually take place in a private negotiation setting, prosecutors do not have free run to grant plea deals as they see fit.  On the contrary, most agreements must be approved by the court presiding over the case.

Plea agreements are not uniform across all criminal cases.  There are three distinct types of plea deals, listed below from least to most common: 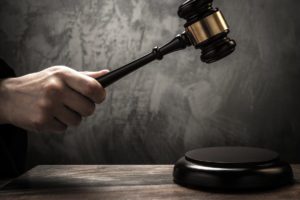 Are Plea Deals Ethical? What About Innocent Defendants?

While these are all valid points, opponents would counter that plea deals are ethically questionable because they encourage innocent defendants to admit guilt (and accept punishment) for crimes they didn’t commit, rather than risk the uncertainty of going to trial.

According to a 2013 study published in the Journal of Criminal Law and Criminology, which provides numerous examples of innocent defendants who accepted plea bargains only to later be exonerated, “It is unclear how many of the more than 96% of defendants who are convicted through pleas of guilt each year are actually innocent of the charged offenses, but it is clear that plea bargaining has an innocence problem.”  The study acknowledges that “uncertainty persists regarding exactly how susceptible innocent defendants are to bargained justice.”

Ultimately, there is no “right” or “wrong” answer.  Numerous factors play into the decision to refuse or accept a plea deal.  A skilled defense attorney will evaluate all possible outcomes to determine the best course of action for the defendant.

If you’ve been charged with a crime in Salt Lake City or elsewhere in Utah, you need experienced legal counsel on your side.  To set up a free, confidential case evaluation, call criminal defense lawyer Darwin Overson at (801) 758-2287 today.  Darwin has over 16 years of experience handling misdemeanors and felonies throughout Utah, including weapons crimes and drug charges.