Do Utah Sex Offenders Have to Tell Their Employers and Neighbors?

Like all other states, Utah requires certain convicted criminal offenders to be placed on the Sex Offender Registry, a public database which anyone can search at will. But if Utah sex crime convictions are already posted online, is it legal for employers to ask you about your criminal history? And what should you do if your neighbors are harassing you or threatening you with violence?

Who Has to Register as a Sex Offender in Utah?

Certain sex crimes are subject to registration only if the offender commits multiple offenses (e.g. lewdness and sexual battery, which both require four convictions). However, a Utah resident who is convicted of any of the following “registerable offenses” is required to register as a sex offender under Utah Code § 77-41-106:

Other registerable offenses under Utah Code § 77-41-102 include:

Once an offender is on the registry, he or she must abide by the registry’s harsh and restrictive rules. Sex offender rules and requirements prohibit certain actions (such as visiting “protected areas” like public pools), while making others mandatory (such as re-registering on an annual or twice-yearly basis). 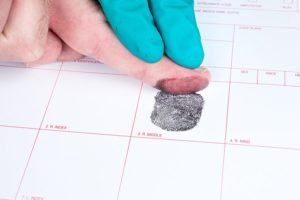 Do I Have to Disclose My Conviction on Job Applications?

In the past, Utah employers were prohibited from asking job applicants about arrests which did not lead to a conviction under Administrative Rule 606-2 (Pre-Employment Inquiry Guide). However, R606-2 was later repealed, which means Utah residents must now rely largely upon federal laws for protection against hiring discrimination.

The U.S. Equal Employment Opportunity Commission (EEOC) states that Title VII of the Civil Rights Act of 1964, which applies to companies with 15 or more employees, prohibits employers from “treating people with similar criminal records differently because of their race, national origin, or another Title VII-protected characteristic (which includes color, sex, and religion).”

While Title VII prohibits discrimination based solely upon an applicant’s criminal history, it does not prohibit employers from asking about a criminal history. It is perfectly legal for a prospective employer to ask an applicant about their record. If you lie, a background check is likely to uncover the truth. Honesty is generally the best policy when it comes to establishing new professional relationships.

Employers have a legal duty to take reasonable measures to protect the safety of their employees and customers. If an employer negligently hires or retains an employee, he or she can be held liable for damages to employees or customers who are harmed. In 2015, the Utah House of Representatives unanimously approved a bill (HB345) that would permanently ban convicted felony sex offenders from becoming teachers or renewing their teaching licenses.

If you feel you’ve been victimized by hiring discrimination, you should contact an attorney. You should also consider filing a complaint with the EEOC. Use this locator tool to find your local EEOC field office. 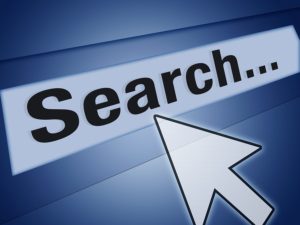 What if My Neighbors are Threatening or Harassing Me?

You are not required to go door to door telling your neighbors about your criminal history. Responsibility for community notification falls to the Utah Department of Corrections, which disseminates information via web.

While Utah’s laws are tough on sex crimes, they also seek to protect sex offenders from intimidation and assault. Utah Code § 77-41-110(1)(c) explicitly prohibits “harassment, stalking, or threats against offenders or their families.”

Additionally, Utah Code § 77-41-110(1)(b) provides that “members of the public are not allowed to use the information to harass or threaten offenders or members of their families,” which means your neighbors cannot print out pages from the Sex Offender Registry and plaster them around the neighborhood in an effort to push you out of your home.

If you feel that your safety is in danger, you should contact a lawyer immediately. You have legal rights just like anyone else, and if you feel targeted by a certain individual, it may be possible to obtain a protective order (restraining order). A protective order can be used to keep the dangerous person away from your home, job, and school, and can also impose other requirements.

If you’ve been charged with sex crimes in Salt Lake City or elsewhere in Utah, or if you have any questions about your rights and responsibilities as a convicted offender, a Salt Lake City criminal defense lawyer at Overson Law LLC can help. To set up a free and confidential legal consultation, call our law offices at (801) 758-2287 today.