With their floppy ears and soulful eyes, it’s hard to resent a dog.  Dogs offer us unconditional love, ward off trespassers, and can even save our lives when we’re in danger.  Nonetheless, man’s best friend can turn into man’s worst enemy when a drug-sniffing dog turns up a false positive under the direction of overzealous police officers.  If you suspect you’ve been the victim of a false positive result related to drug charges, is there anything you can do? 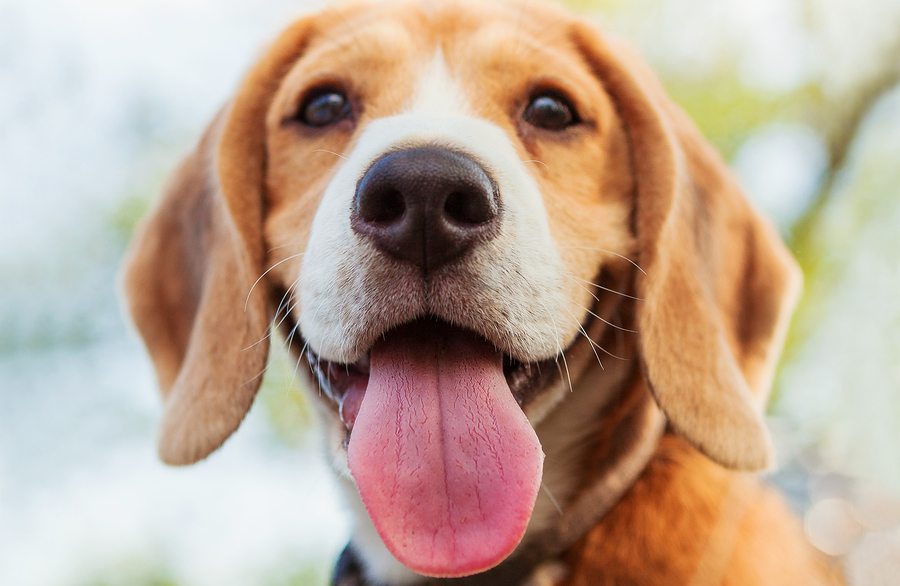 Dogs are renowned for one sense above all: their world-famous sense of smell.  To put the power of a dog’s nose into perspective, consider this: human nasal passages contain about five to six million scent receptors.  By comparison, a dog’s nasal passages are packed with a whopping 220 million receptors — more than 36 times as many.

Whether it’s utilized to track prey, detect bombs, or find people lost in the wilderness, the power of the canine nose has been put to good use for thousands of years.  But unfortunately, sometimes it’s put to bad and unethical use as well.

No Need for Reasonable Suspicion

Police officers’ investigative tactics are bound by certain rules.  The most well-known among these restrictions is probably the concept of probable cause.  In a nutshell, probable cause means that officers cannot simply search random individuals at will. Instead, they must have “probable cause” to justify a search.  (The NYPD’s controversial stop-and-frisk program, often criticized as thinly-veiled racial profiling, is arguably the most notorious example of this concept.)

To use a common example, imagine an officer notices drug paraphernalia bundled in the passenger seat of a car.  That officer then has probable cause to suspect the vehicle contains narcotics, and may then legally search your car.

Reasonable suspicion sounds like it would be synonymous with probable cause, but they are actually separate concepts.  Reasonable suspicion means that an officer can temporarily detain a suspect, and may frisk them for weapons only — not drugs.  As the language used suggests, reasonable “suspicion” carries less weight than probable “cause.”

Unfortunately, the rules regarding the use of drug-sniffing dogs take these critical safeguards away. Believe it or not, the Supreme Court has ruled that officers do not need reasonable suspicion to let drug dogs sniff your car during a routine traffic stop.  Essentially, a drug dog’s signal becomes the probable cause.

This ruling is the result of Illinois v. Caballes, which took place in 2005.

The case was triggered when Roy Caballes was pulled over by an Illinois state trooper for speeding.  As the trooper reported his actions back to headquarters, he was overheard by a member of the drug squad, who then arrived at the scene.  The drug officer brought along a sniffer dog, which detected marijuana in Caballes’ trunk.  The evidence could not be suppressed, and Caballes was ultimately sentenced to 12 years in prison for the crime of drug trafficking.  He was also fined with more than $250,000.

Before the drug officer intervened, Caballes was only going to receive a written warning for speeding. 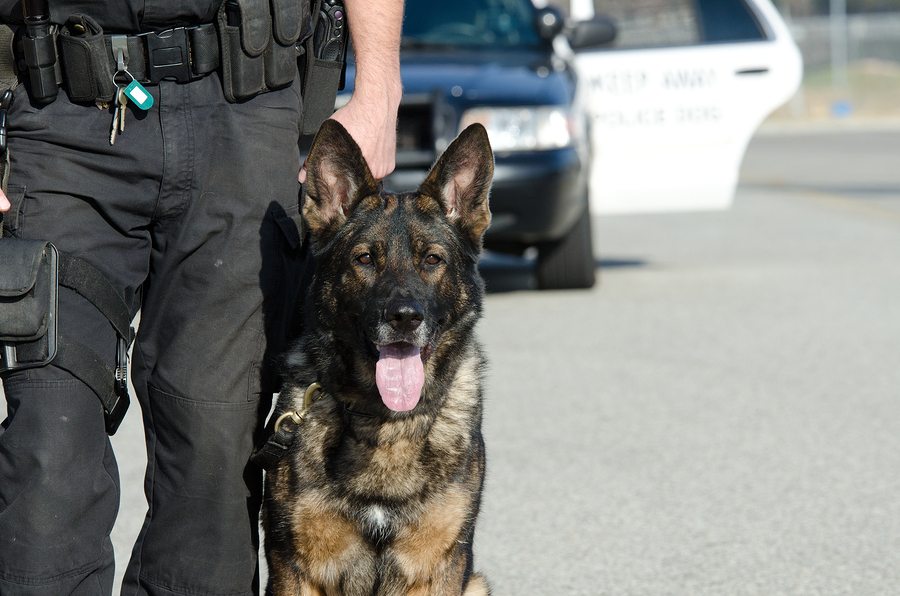 Illinois v. Caballes brings up the fact that a detection dog’s signal can “count” as probable cause in and of itself.  In other words, the verdict simply assumes — somewhat blindly — that sniffer dogs are always right.

But what if the signal is wrong?

This is an extremely important question to consider because false positives are far more commonplace than you (or the Supreme Court) would like to believe.  While it’s true that dogs do have incredible noses, they are mammals, not supercomputers.  Errors can and do occur.

According to the American Society of Canine Trainers (ASCT) itself, “The dog must be trained, certified and reliable. The dog does not have to be 100% accurate or perfect.”

In 2011, the Chicago Tribune published an analysis of the data related to false positives collected over the previous several years.  The Tribune found that “dogs have been wrong more often than they have been right about whether vehicles contain drugs or paraphernalia.”  Specifically, “analysis of three years of data for suburban departments found that only 44% of those alerts by the dogs led to the discovery of drugs or paraphernalia.”

Curiously enough, the success rate was even worse where Hispanic suspects were concerned: a pitiful 27%.

According to trainer Alex Rothacker, “A lot of dogs don’t train.  A lot of dogs aren’t good.” Chicago attorney Virginia Martinez called the data “just another indicator” of racial profiling.

Of course, that was only one study, confined to Chicago.  Perhaps the data is skewed. What about other analyses?  In 2006, a British study — on another continent, with a different legal system, located thousands of miles away — found that only 26% of dog signals actually led to finding drugs.  That number is only 1% off from the Chicago study related to Hispanic drivers — and even more alarmingly, it means that roughly 75% of all signals amount to false positives.

Even if you go by the Tribune’s more conservative report of 44%, the dogs are still turning up false positives more than half of the time. 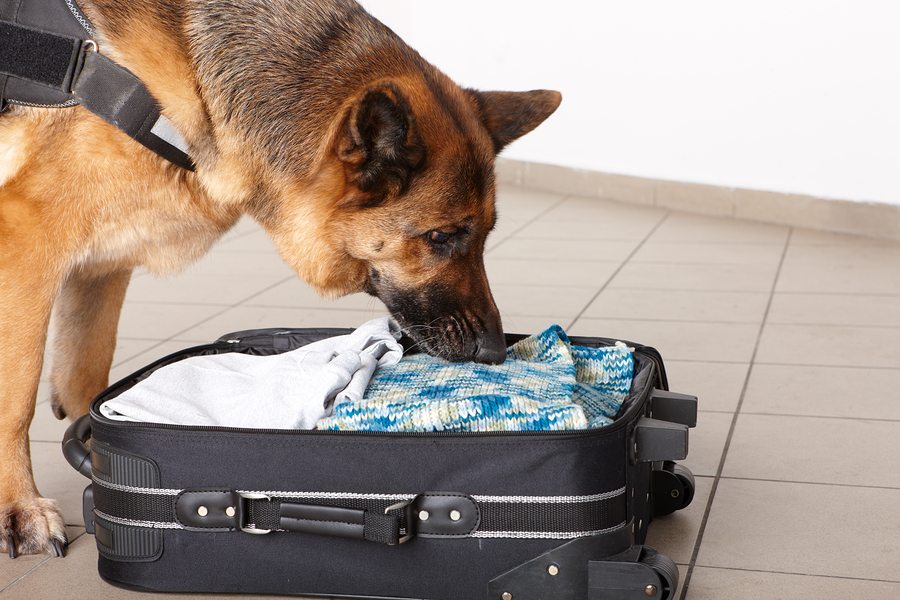 What to Do if a Detection Dog Signals a False Alert

Statistically speaking, the odds are against you.  So if the worst does happen, what can you do to defend yourself?

The dog could possibly be considered unreliable if inappropriate tactics were used.  For example, if an officer continues to bring a dog around a car over and over and over again, the dog may signal despite smelling nothing.

The actual use of the dog may be another point of defense.  The ruling in Illinois v. Caballes mandates that detector dogs may be used, specifically, during routine traffic stops.  The ruling also holds that the Fourth Amendment was not violated because the dog did not cause the stop to be “unreasonably prolonged.”  Therefore, if a dog is used in a context which is not a routine stop, or if a stop does become unreasonably prolonged, you may be able to defeat the charges.

If you have been charged with drug possession or narcotics trafficking in Utah, or if you feel that your rights were violated by police officers, an experienced lawyer can help protect your legal rights and seek justice on your behalf.  To schedule a free, completely confidential case evaluation, call Salt Lake City criminal defense lawyer Darwin Overson at (801) 758-2287, or contact our law offices online.