Resentment and distrust toward American law enforcement has reached an all-time high in recent months.  In June, hundreds of demonstrators rallied together to protest the killing of Geist the dog, who was shot by SLCPD Officer Brett Olsen.  In July, Eric Garner’s chokehold death at the hands of NYPD Officer Daniel Pantaleo was ruled a homicide, sparking mass protests in the streets of New York City. Through August, ongoing protests against police brutality in Ferguson captured national headlines, while at the same time, Salt Lake City experienced its own brutality scandal: the August 11 death of 20-year-old Dillon Taylor, who was shot by the SLCPD despite numerous claims he was unarmed.  As the South Salt Lake PD continues to investigate the shooting of Dillon Taylor, more and more Utahans are calling for local police departments to start wearing body cameras. 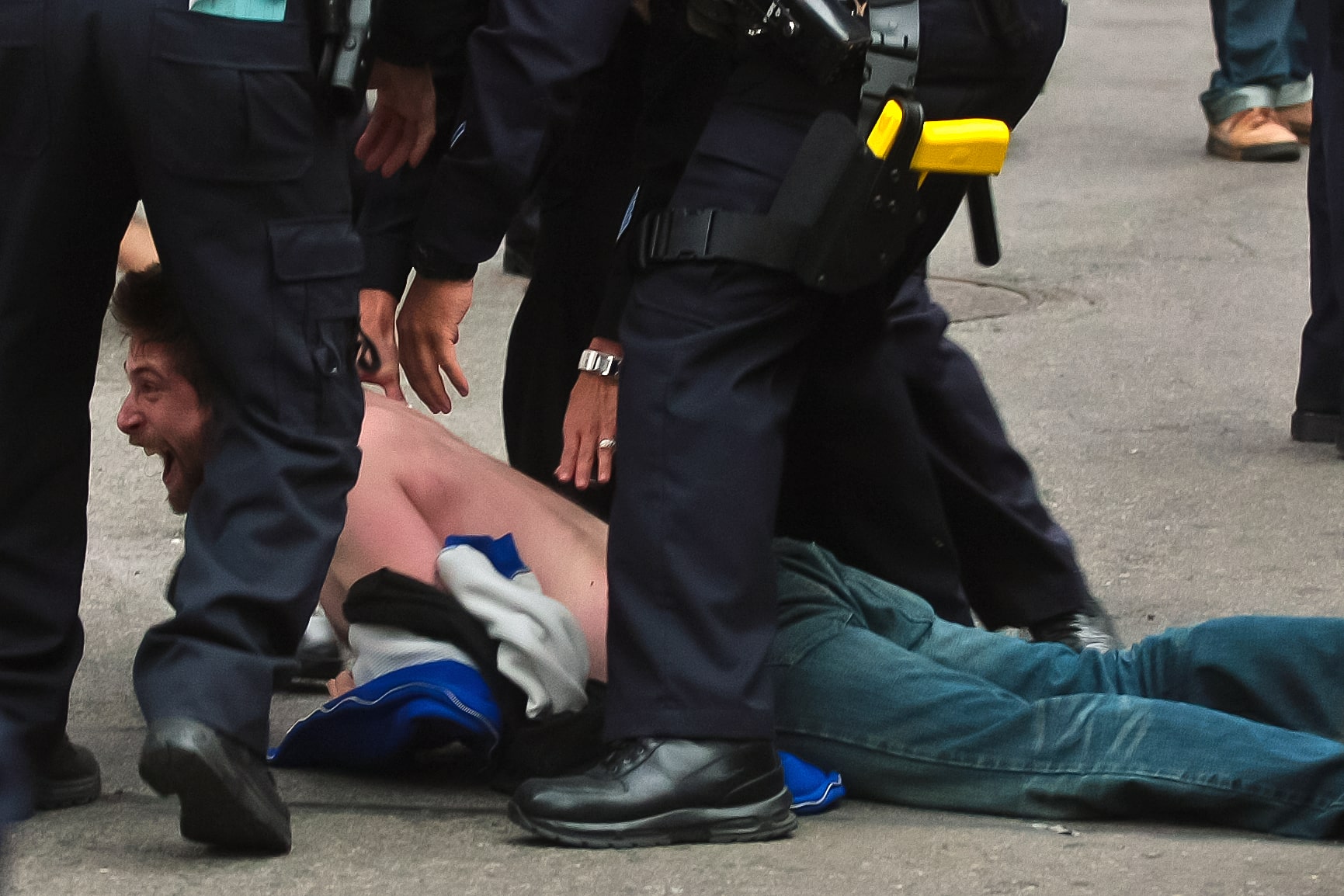 Are You Concerned About Police Brutality?

When the IACP (International Association of Chiefs of Police) was first founded in 1893, its primary purpose was apprehending fugitives.  Today, its role has expanded to include holding conferences, providing training courses, advancing new police technology, and conducting studies.

One of these studies, released in October of 2001, is titled “The Public Image of the Police.”  In its “major findings and recommendations,” the study makes the following statement:

Polls of the adult population in the United States since the 1960s show that the majority of the public has an overall positive view of the police.  Depending on the year and the particular measure used, the percentage of respondents with a positive assessment of police has been between 51 and 81%.  When asked to assess service to their own neighborhoods, respondents tend to produce even higher evaluations.  Relatively few citizens offer a negative assessment of police.

The majority of the American public does not perceive police brutality in their area, but from the mid-1960s to the end of the 20th century the percentage who do perceive brutality has increased approximately threefold, accounting for a third of the public.

How do those numbers hold up today?

According to three-day poll conducted by market research company Dan Jones and Associates between August 26 and August 28, out of 406 Utah participants asked about police brutality:

In more concise terms, 33% expressed little to no concern; 27% were perfectly neutral; and 39% expressed moderate to great concern.  These numbers are roughly in alignment with the “third of the public” cited in the 2001 study, although the breakdown of public satisfaction varied dramatically by factors like gender, race, and the size of the jurisdiction. 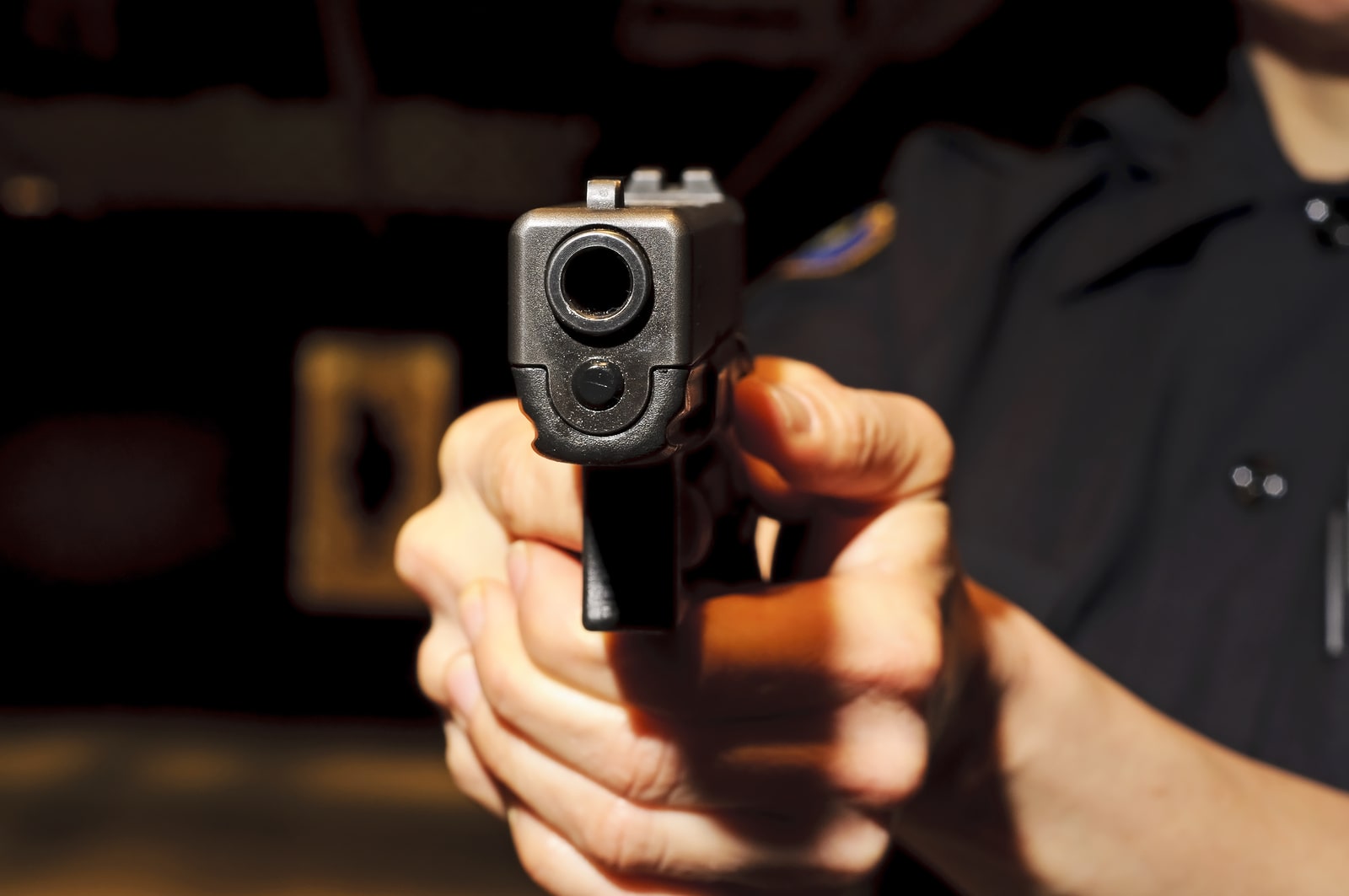 Approval ratings around the issue of deadly force were slightly higher: 20% of participants “strongly disagreed” that police were too quick to use lethal force, while 13% were “neutral,” and 18% “strongly agreed.”  (Interestingly, more than twice as many people were neutral about brutality than were neutral about lethal force.)  In the mid-range, 23% “somewhat agreed” that lethal force was too hastily applied, while another 24% — almost precisely the same number — responded they “somewhat disagreed.”

If you look at the breakdowns of these two criteria, you’ll notice that each opinion is expressed by roughly the same number of people.  To use the police brutality as an example, the greatest disparity in opinion ranges only from 13% (“not concerned at all”) to 27% (“neutral”), for a maximum difference of just 14%.

But when asked a third question — should police wear body cameras to record their interactions with the general public? — the distribution in opinion shifted dramatically toward one extreme.  Far from each shade of opinion being represented more or less equally, a staggering 83% of poll participants voted in favor of officers wearing cameras, while only 8% were neutral, and 8% were not in favor.  (More specifically, 50% “strongly agreed,” 33% “somewhat agreed,” 6% “somewhat disagreed,” and just 2% “strongly disagreed.”)

Considering that the full opinion spectrum was almost evenly represented on matters of brutality and lethal force, the overwhelming preference for body cameras is telling.

Admittedly, three days and 400 participants’ worth of data does not make for a particularly robust study; but it does act as a microcosm, a glimpse into Utah’s collective opinion.  And when more than eight out of 10 people want the police to start recording their conduct on video, perhaps it’s a sign that reforms are warranted.

Fortunately, some local departments are gradually starting to implement these policies.  Park City, Perry, and American Fork have all begun supplying their officers with cameras, while West Valley City and Salt Lake City are expected to continue equipping their departments throughout this year and potentially into 2015.

For SLCPD Chief Chris Burbank, the cameras represent a welcome opportunity to substitute speculation with information.

“These cameras are capturing good work by law enforcement,” says Chief Burbank.  “If we’re doing something wrong, it will capture that, too.  But it is an advantage for all law enforcement.  What the camera captures is a factual representation of what took place.”

If you were arrested in Salt Lake City, or if you have been charged with a crime elsewhere in Utah, you need an experienced Salt Lake City criminal defense lawyer to protect your legal rights.  To set up a free and confidential consultation, call Darwin Overson at (801) 758-2287, or contact us online today.