Earlier this week, we wrote about the death of an unidentified man who was fatally shot by Salt Lake City police outside of a South Salt Lake 7-Eleven.  Officers say they responded to a 911 call about a man waving a handgun, and fired on the suspect after they saw him reaching into his jacket.  Family members and eye-witnesses say the man was apparently unarmed, and that officers fired on him while his back was turned.  As the South Salt Lake PD continues to investigate, new comments and allegations are beginning to emerge. 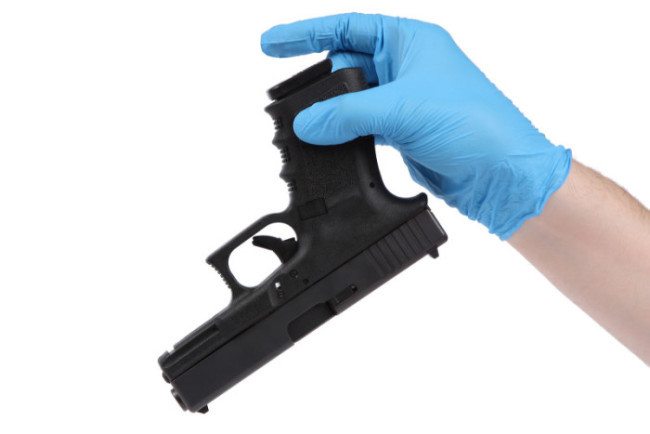 When we previously wrote about this incident, details were somewhat sparse.  Information about the incident was largely limited to the time (7:00 P.M.), the date (Monday, August 11), and the place (a 7-Eleven convenience store located at 2102 S. State St. in South Salt Lake).  It was known that “a man” was fatally shot, but his identity and background details were mysteries.

But now, more information is coming to the surface.

The man has been publicly identified as 20-year-old Dillon Delbert Taylor.  The two people with Taylor at the time of the shooting, whose identities were also previously unreleased, have been identified as his brother, 22-year-old Jerrail Pete Taylor, and his cousin, Adam Thayne.  Jerrail and Thayne were detained after Dillon was shot, but were both released from police custody several hours later.  No charges have been filed against either man.

“We’re walking out of the 7-Eleven with a drink,” remembers Jerrail (and one 7-Eleven employee working that night, who says the men were “in [there] buying stuff,” and “walked out” after making their purchase), “when the cops show up and start harassing us with guns.”

“It came in as a 911 call that there was a man with a gun,” says Sgt. Darrin Sweeten of the South Salt Lake PD.

Both sides do seem to agree on one detail: that Jerrail and Adam complied with the officers’ orders to get down on the ground, but that Dillon did not.

“He couldn’t hear them,” says Jerrail, who claims Dillon was wearing headphones at the time, “so he just kept walking. Then… they had guns pointed at his face. That’s when he turned off the music.  I saw them point guns at my brother’s face, and I knew what was going to happen.”

“There’s not any initial indication that he was necessarily fleeing,” says Sgt. Sweeten.  “He was not complying with the officers’ orders that they were giving him.  It still needs to be investigated.”

“He was verbally challenged,” adds Sgt. Sweeten, “and ultimately was shot.”

“He got confused, he went to pull up his pants to get on the ground, and they shot him,” says Jerrail.

Sgt. Sweeten has also stated that Dillon was acting “belligerent” and appeared to be “visibly upset.” This may have been due to the fact that there was a warrant out for his arrest for probation violation.

However, because the investigation is still ongoing, South Salt Lake officers have been reticent about some of the more sensitive details. For example, police have not publicly confirmed whether or not Dillon was, in fact, reaching for a gun prior to being fired upon.

Dillon’s family members have been more vocal.  Relatives insist that Dillon couldn’t have been reaching for a weapon because there was no weapon to reach for.

Taylor’s Brother: “They’re Here to Protect and Serve. More Like Shoot and Kill.”

“All this complaining about one of us having a gun,” Jerrail says, “I’m kind of lost at because none of us had a gun.”

According to records, the 911 call which started the chain of events cited a man “waving a gun around.”

Jerrail nonetheless maintains his brother’s innocence, saying that Dillon was actually reaching for a cell phone.  Says Jerrail, “I was with him the whole time.  If you look at 7-Eleven cameras, they’ll tell you the same thing.”

As the investigation into Dillon’s death continues, his family members struggle to cope with their loss.

“My nephew was a troubled young man with a history of depression, alcohol abuse and run-ins with law enforcement,” says uncle Robert Taylor, who lives in Idaho.  “Law enforcement has a difficult job, and it appears Dillon’s actions may have contributed to his death.”

Taylor adds, “While I’m disturbed by the use of deadly force while other non-lethal tools are available to law enforcement, it’s difficult for anyone to judge the actions taken by police in a split-second, life-or-death situation.  I hope everyone will withhold judgment about Dillon and the police officers’ actions until a full investigation is completed.”

Brother Jerrail is less reserved, saying, “They’re here to protect and serve.  More like shoot and kill. Anybody in this house or anybody on the streets, if we kill someone, we’re doing 25 years to life in prison.  I’d like this cop to lose his job and do the same amount of time as a regular human being.”

Dillon’s sister, Teesha Taylor, says her brother was engaged to be married, and that his fiancee was three months pregnant at the time of his death.

“You got some crooked cops,” says Teesha.  “But you also have the good cops.  At this moment, I don’t want to believe that there are good cops, but there is. It’s so hard for me to believe it because one just killed my brother.  I know in the bottom of my heart there are good officers.  It’s just devastating.”

If you or someone you love has been arrested or charged with breach of probation, an experienced Salt Lake City criminal defense lawyer can help.  To set up a free and confidential legal consultation, call attorney Darwin Overson at (801) 758-2287, or contact us online.