What Happens if a Witness Lies in Court in Utah?

Witness testimony can have a dramatic impact on whether a defendant is ultimately convicted or acquitted (found not guilty).  Unfortunately, despite the high stakes involved, the fact is that witnesses aren’t infallible.  If a witness starts lying during a trial, is the prosecutor obligated to intervene?  What does it mean to impeach a witness?  And when does perjury occur?  In this article, Salt Lake City criminal defense lawyer Darwin Overson will explain some of the potential consequences when a witness gives false testimony in a Utah criminal trial.

What is Witness Impeachment?

Fortunately, defendants are not at the mercy of untruthful witnesses.  A witness may be impeached, which means the truthfulness of his or her testimony can be challenged.

Rule 607 of the Federal Rules of Evidence allows any party, including both the defense and the prosecution, to impeach a witness.  This might be a witness who has been called by the other side, or even one of their own witnesses.

Rule 608 states that “bias, prejudice or any motive to misrepresent [such as financial gain] may be shown to impeach the witness.”  This might occur through examination of the witness, or by looking at certain evidence.  Depending on the circumstances, this evidence might point to any of the following issues in order to demonstrate problems with the witness’ credibility:

Intentionally Lying Under Oath is Perjury

There is a strong legal incentive for witnesses to be truthful: the threat of being charged with an offense known as perjury.  Though the word “perjury” is never explicitly used, this offense is addressed by Utah Code § 76-8-306 (Obstruction of Justice in Criminal Investigations or Proceedings).

Section 1 of the statute outlines no fewer than 10 different grounds for criminal charges related to obstruction of justice.  In particular, Utah Code § 76-8-306(1)(j) makes it a crime to “provide false information regarding a suspect, a witness, the conduct constituting an offense, or any other [significant] aspect of the investigation.”  On a similar note, it is also a crime to withhold true information “after a judge or magistrate has ordered the [witness] to provide the information.”

In Utah, obstruction of justice is a third degree felony when it happens “before a court of law,” regardless of whether it’s a district court, the Utah Court of Appeals, or the Utah Supreme Court.  The criminal penalties for a third degree felony include a maximum fine of $5,000 and up to five years in prison. 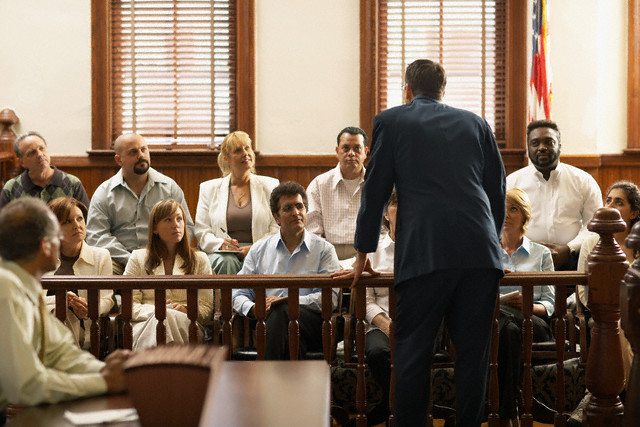 What Should the Prosecutor Do if a Witness Lies in Court?

Every attorney has a duty to vigorously support and defend his or her client – within legal boundaries.  As with any profession, the duty to a client is ultimately trumped by the duty to obey the law and uphold the integrity of the criminal justice system.

Writing Ethics Advisory Opinion No. 00-06 in 2000, the Utah State Bar weighed in on the following issue:

“What are the ethical obligations of an attorney who, unaware his [or her] client will lie, hears the client commit perjury or otherwise materially mislead a tribunal?”

In its analysis of the issue, the Bar determined that “counsel may not remain silent and continue to represent the client,” because “to do so would be ‘assisting’ the client in committing a fraud on the court.”  To support this determination, the Bar cited Rule 3.3(a)(2), which provides that “[a] lawyer shall not knowingly… fail to disclose a [significant] fact… when disclosure is necessary to avoid assisting a criminal or fraudulent act by the client.”

This means a prosecutor (or a defense attorney) should never sit idly by while his or her witness lies on the stand.  Passively allowing a witness to commit perjury is an example of prosecutorial misconduct, and violates the defendant’s right to due process, which is guaranteed by the Fifth and Fourteenth Amendments to the U.S. Constitution.

If you’ve been charged with a felony or misdemeanor in Salt Lake City or the surrounding area, it’s extremely important to make sure your Constitutional rights are protected by an aggressive and experienced defense lawyer.  Attorney Darwin Overson has more than 16 years of experience handling a wide variety of criminal cases, including homicide, sex crimes, and drug charges in Utah.  To set up a free and completely confidential legal consultation with Darwin, call the law offices of Overson Law LLC at (801) 758-2287.