What Happens if I Get Arrested While on Probation in Utah?

Probation is often confused with parole. Parole means an inmate is released from jail or prison early, while probation means a convicted person avoids incarceration altogether. Probation, like parole, demands strict compliance with certain rules and conditions — and breaking these rules can lead to tough criminal penalties. In this blog post, Salt Lake City criminal defense lawyer Darwin Overson will explain the possible consequences of a probation violation in Utah, what defendants can expect from the hearing process, and whether posting bail remains a possibility after violating probation.

Probation doesn’t come for free. In exchange for being granted probation instead of serving time, probationers must obey certain rules. A few common examples include submitting to drug testing, pursuing further education or employment, paying fines and restitution, avoiding additional arrests. If an arrest does occur, the probationer must notify his or her probation officer within several days. 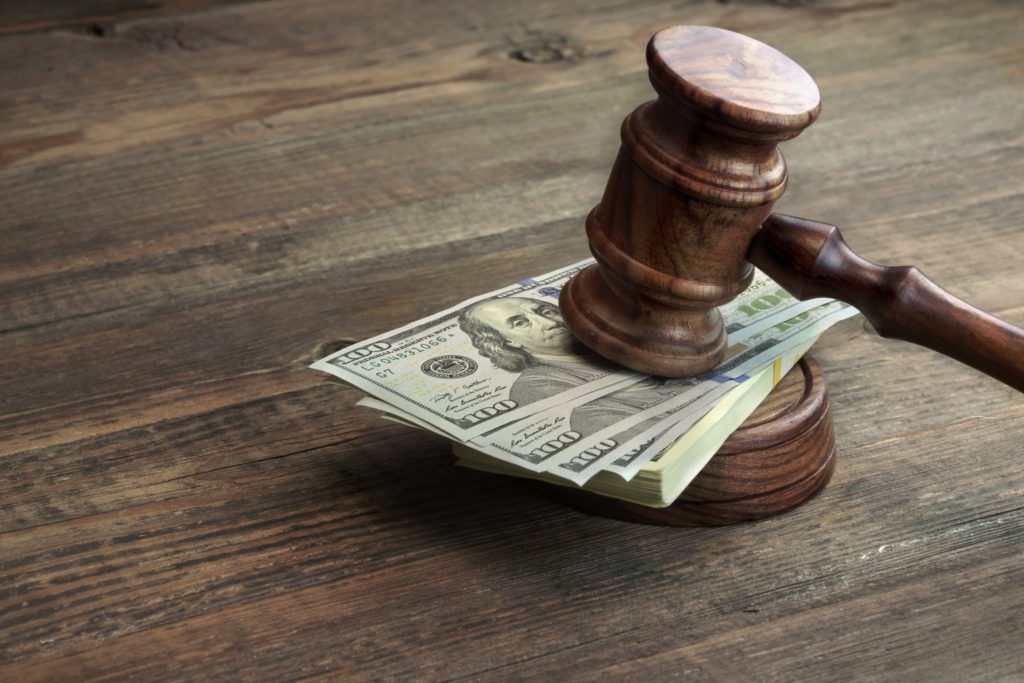 If you are arrested while on probation, you may still be eligible to post bail and be released from custody, provided you are not deemed to be a flight risk and/or a danger to the general public. However, there is a significant exception to bail privileges: felonies.

Article 1, Section 8 of the Utah Constitution states in part the following: “All persons charged with a crime shall be bailable except… persons charged with a felony while on probation or parole.” Examples of felonies include aggravated assault, rape, manslaughter, burglary, robbery, kidnapping, theft over $1,000, and possession of marijuana with intent to distribute. If you are charged with any of these or other felonies while on probation, you may be denied the opportunity to post bail.

What Will Happen at the Probation Violation Hearing?

If you allegedly violate the terms of your probation, you will be given the opportunity to attend a court hearing. At this hearing, you and your defense attorney can present evidence to dispute the alleged violation. However, this is relevant primarily to cases in which there is a possibility the alleged violation did not occur, such as an accusation of the probationer tampering with drug test results. For obvious reasons, whether or not an arrest was made is less open to debate.

At the hearing, you will either deny or admit to the charges against you. If you deny the charges, the prosecuting attorney must show evidence of the violation, such as arrest records.

The outcome of the hearing will determine how your case will proceed. As stated at Utah Code § 77-18-1(12)(e)(ii), “Upon a finding that the defendant violated the conditions of probation, the court may order the probation revoked, modified, continued, or that the entire probation term commence anew” (i.e. start over).

The statute also provides that “if probation is revoked, the defendant shall be sentenced or the sentence previously imposed shall be executed.” That means if you are found guilty of the violation, you will receive prison time. (Additionally, you will also face a separate set of charges stemming from the offense which led to the second arrest.)

If you are convicted of the crime which caused the new arrest to occur, your record of probation violations and multiple offenses will not reflect favorably on you during sentencing. Even if the new charges are later dropped or dismissed, the arrest can still cause problems and be disruptive to the successful completion of your probation. If you or someone you love was arrested for a felony or misdemeanor in Utah, you need an experienced criminal defense lawyer on your side to make sure that your family’s rights are being protected.

To set up a free and confidential case evaluation, call criminal attorney Darwin Overson right away at (801) 758-2287. At Overson Law our phone lines are open 24 hours a day, seven days a week. We are available to make visits to jails and holding centers in case of emergencies, including the Guide to Salt Lake County Jail.