In basically every state in the US, we know that .08 is the magic number.  More specifically, .08% blood alcohol concentration, which means that literally .08% of what is flowing through your veins is alcohol, is the legal limit for driving under the influence (DUI).  We know that you should never drink and drive, but also that no matter how your body reacts to alcohol or how well you can “handle your liquor,” .08% is the hard limit. Salt Lake City DUI lawyer Darwin Overson examines why there are reasons you may be arrested for driving while intoxicated even if your BAC is under .08%.

What most people do not realize is that you can still get a DUI if you are under .08% BAC.  People think that as long as they are under .08%, they can drive safely and police cannot charge them with DUI.  At least in Utah, but also in many other states, there are provisions in the code for punishing drivers who are under the influence, but under .08%.

When Can I be Arrested for DUI?

The DUI law in Utah is in Title 41 of the Utah Code, Chapter 6a, Part 5.  § 502(1) lays out the basic definition of driving under the influence.  Subsection (a) says that it is illegal to drive with a blood or breath concentration of .08% BAC most people are familiar with.  Subsection (b), though, says:

This subsection adds a separate definition for DUI that includes drug use – something that the first subsection does not account for.  But, it also adds the important rule: that you can be considered DUI if you are driving while “under the influence of alcohol… to a degree that renders [you] incapable of safely operating a vehicle….”

While we usually call it “drunk driving,” it is important to note that, at least where the legal definition is concerned, you do not need to be “drunk” to be driving under the influence.  Everyone’s ability to drive safely is different, and everyone’s ability to drive after drinking alcohol is different.  Two people, both with BACs under .08%, might have completely different levels of impairment.  Some people may still be able to drive without incident with a BAC higher than .08%, but it is still illegal.  On the other hand some people might be below the legal limit, but still be unable to safely operate a vehicle.

Because of this definition of DUI, in order to convict a driver of drunk driving, the prosecution must be able to demonstrate that the driver’s driving was unsafe.  This is a difficult thing to prove to a jury if the jury cannot actually examine the driver’s behavior while under the influence, or the driver’s base driving ability.  Because of this, police often administer “field sobriety tests” to determine a driver’s ability to function under the influence, and use the performance on those tests as evidence.  In order to combat that evidence, it is important to have an experienced and knowledgeable DUI defense attorney on your side.

In summary, you can be arrested for DUI in Utah whenever the police officer has probable cause that you were driving either, (a) with a BAC of .08% or greater, or (b) with enough drugs and/or alcohol in your system to make your driving unsafe.

Why Can You be Arrested for DUI if You Are Under .08%? 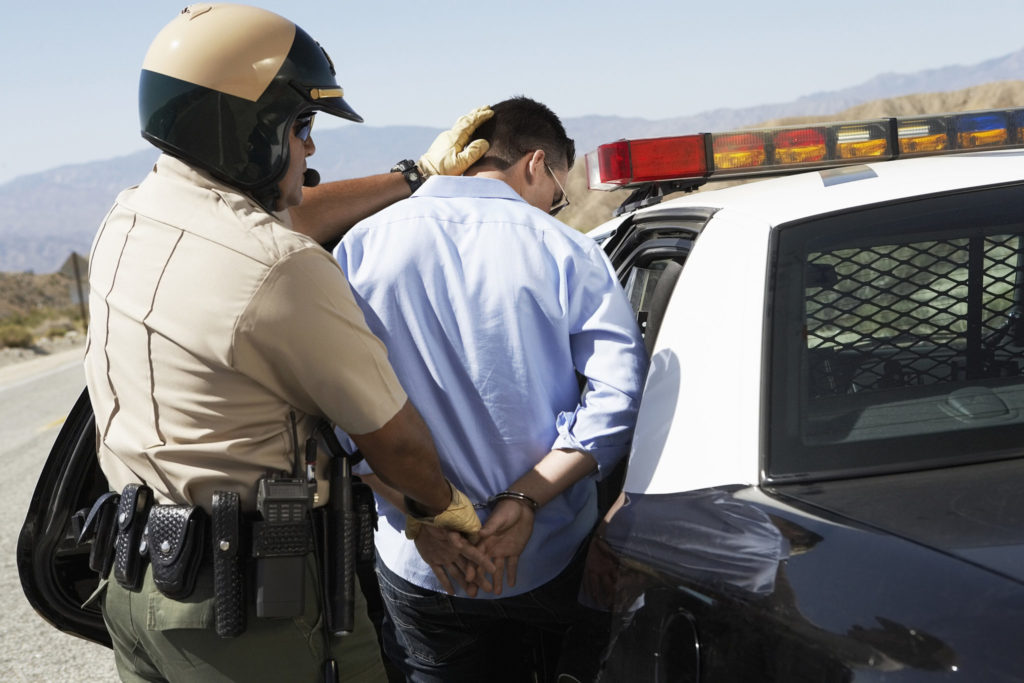 It may seem extremely unfair that you can be arrested for DUI if you are under .08%, but there are actually good reasons for this law.  The first is that different people function differently due to alcohol.  Because, on a case by case basis, someone may be unsafe to operate a vehicle even at low BACs, the State still wanted a way to prosecute those drivers.  It prevents unsafe drivers from “beating the test” and walking free.

The other reason is because of refusals to submit to a test.  The elements of drunk driving require that the government prove the defendant was driving with a BAC or .08% or greater.  That means that, without a chemical test of the blood or breath, it would be impossible to prove that the BAC was .08% or higher.  Because people might refuse to submit to a chemical test of the breath or blood, this second definition of DUI was written to exclude the .08% requirement.

41 Utah Code § 6a-5-520 states that, by driving on the roads of Utah, a driver automatically consents to any tests of the breath, blood, urine, or spit to determine BAC, even second and subsequent tests, of the officer’s choosing.  The statute goes on to explain that refusal is, in itself, punishable by the possibility of losing your license.  Additionally, the fact that you refused a police officer’s demand for a test can be used against you in court to show that the test would have come out against you.

Ultimately, if your DUI is under .08%, you should contact a Salt Lake City criminal defense lawyer. Because the case is harder to prove, an experienced DUI attorney might be able to help you get the charges dropped.

If you have been arrested for DUI in Utah, call an experienced DUI defense attorney right away.  Whether your BAC was over or under .08%, you might be facing license suspensions, fines, or even jail.  Call DUI lawyer Darwin Overson for help with your case, at (801) 758-2287.