Can You Get Custody in Utah if You’re on Probation?

Going through a custody dispute in Utah is never simple or easy, but the situation gets even more complex when one of the parents is on probation. In this article, we’ll explain how being on probation affects your chances of winning a custody battle against your spouse, and go over some of the factors judges will consider when making a determination.

Will Being on Probation Stop Me from Winning Child Custody?

Parents must remember that Utah’s courts always focus on one golden standard above all others: the best interests of the child. It’s not about the parents’ wishes – it’s about deciding which type of home setting will give the child the very best chances of leading a safe, healthy, and fulfilling life. With that fact in mind, the tough reality for divorcing parents is that being on probation can reduce the likelihood that you will be awarded sole legal or physical custody of your child.
That being said, your status as a probationer does not necessarily mean that winning custody is impossible; it simply means that you’ll need to be prepared to answer some tough questions about why you should be granted custody instead of your ex-husband or ex-wife. 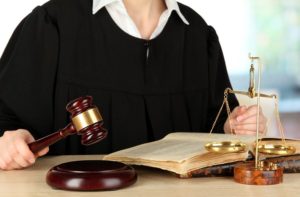 The judge will want to closely scrutinize every detail of the circumstances that led to your being placed on probation, including the type of offense you committed, and what sort of relationship you have with your child. To give a few examples, the judge will consider details like: 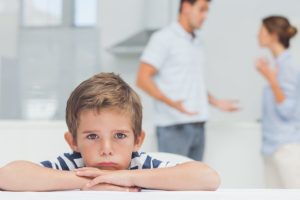 Parents should also keep in mind that the judge will consider surrounding lifestyle factors which are related to the crime. For instance, imagine that a parent is on probation for violating DUI laws (intoxicated driving). Since DUI involves inappropriate use of alcohol, the court will assess whether the parent has a history of alcoholism or substance abuse/dependence.

As part of Utah’s Termination of Parental Rights Act, Utah Code § 78A-6-507 states that parental rights – including rights to custody and visitation – can be taken away if the parent is unfit or incompetent. Other grounds for involuntary termination of parental rights include:

However, Utah Code § 78A-6-507(2) also adds that “the court may not terminate the parental rights of a parent because the parent has failed to complete the requirements of a child and family plan.” In other words, custody should not be terminated simply because you’re struggling to keep up with your child support payments or meeting other obligations. If you have any doubts or concerns about your compliance with court orders, you should contact a family law attorney immediately, before the situation escalates.

If you’re going through a divorce and are struggling to settle a custody battle, you need an aggressive family law lawyer in your corner. With years of experience representing parents in Utah child custody disputes, attorney Darwin Overson is well-prepared to advise you of your legal options and fight for your rights as a parent. To start discussing your family’s situation in a free, completely confidential legal consultation with Darwin, call the law offices of Overson Law, PLLC right away at (801) 758-2287.