Is Exploring an Abandoned Building Considered Trespassing in Utah?

Exploring abandoned properties is a hobby for many Americans, as evidenced by the countless websites filled with photographs of eerie, overgrown factories, hotels, and hospitals.  Urban exploration might deliver a thrill, but it also delivers some legal hazards.  Not only is there a risk of getting seriously injured — there’s also a possibility you could be charged with trespassing in Utah for breaking into a deserted or vacant structure.

Is it Illegal to Enter an Abandoned Property or Structure? 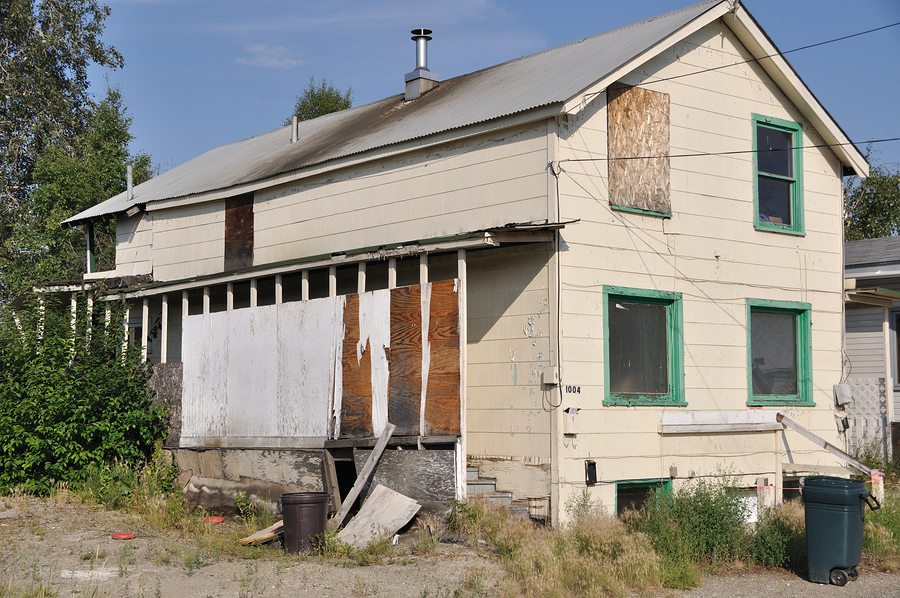 There are plenty of abandoned buildings and properties scattered throughout Utah, as there are in any state.  A website called “Urban Exploration Resource” lists examples in several of Utah’s cities, complete with recommendations for (or against) exploring each property based on how difficult it is to get inside.

Yet Urban Exploration Resource is only a drop in the bucket.  If you Google the phrase “urban exploration tips,” you’ll see almost 20 million results offering advice for breaking into abandoned buildings without getting caught.  Any teenager with internet access can easily find loads of information about exactly how, where, and when to explore the abandoned properties in their town.

Urban exploration might seem like a harmless pastime — at least, until a rotten floorboard gives way — but that still doesn’t make it legal.  This might be unwelcome news for fans of the hobby, but getting a glimpse of that creepy, crumbling ballroom or operating theatre really isn’t worth the potential legal problems that could result (to say nothing of the potential for serious injury, or a confrontation with a startled squatter).

Some people assume that, because a property has been deserted by human life, there are no grounds for a trespassing charge.  After all, how can you be trespassing if there’s no owner?

Unfortunately, that line of thinking misunderstands the nature of trespassing charges.  Under Utah Code § 76-6-206(2)(b), a person commits criminal trespass when he or she unlawfully enters or remains on property despite receiving notice against entry, whether by:

Penalties for Teenagers Who Get Caught Trespassing

If you know you’re not supposed to be on a property because you were told to leave or saw a sign, fence, or barrier, but you enter or remain on the property anyway, you can be charged with trespassing.  The offense is a Class B misdemeanor, which means you could potentially receive a fine of up to $1,000 and be sentenced to six months in jail.

For juveniles, who are often the defendants in trespassing cases, the penalties are a little different.

As explained in the Utah Sentencing Commission’s guidelines for minors, placement into a secure facility, which is similar to jail for juveniles, “is the most intrusive disposition option… and should be reserved for the most serious or chronic offenders that remain in the juvenile justice system,” such as juveniles who commit felonies.  However, a teen who commits a Class B misdemeanor may receive sanctions like fines and community service, even if he or she doesn’t have any prior offenses.

Certain types of abandoned properties are subject to their own trespassing laws in Utah.  For example, Utah Code § 76-6-206.1 specifically addresses trespassing on abandoned mines.

A person commits this offense when he or she does either of the following:

The bottom line is that trespassing is a criminal act, even if committed at a completely abandoned property.  At “best,” trespassing on abandoned sites can lead to hefty fines and other criminal consequences — and at worst, the trespasser could get seriously hurt or even lose their life.

For your own safety and well-being, we urge you to avoid this risky, illegal hobby.  No deserted building, no matter how spooky or historical, is worth being arrested (or hospitalized).  However, if you or your child has already been charged with trespassing in Utah, it is vital that you have legal support from an aggressive and experienced criminal defense lawyer.  Depending on the circumstances, it may be possible to have your case dismissed.

To set up a free legal consultation, call Salt Lake City juvenile crime lawyer Darwin Overson at (801) 758-2287.  If your daughter or son was arrested for trespassing, or was charged with other property crimes like burglary or aggravated burglary, there’s no time to waste exploring defense strategies.  While there are important differences between trespassing and burglary, both are serious allegations.