People sometimes assume that because vandalism is “just” a property crime, the penalties are not serious. But while acts of vandalism may not injure others, they do cause financial hardship, which means there can be significant legal consequences.

If you are convicted of committing vandalism or other property crimes in Utah, such as spraying graffiti in Salt Lake City, you may be heavily fined, sentenced to community service, placed on probation, and even incarcerated, in addition to facing other penalties.  Where vandalism causes major financial loss to the property owner, you could even be convicted of committing a felony. It is crucial that you are represented by a skilled and experienced Utah vandalism defense lawyer if you have been charged with property destruction or a related offense.

If you or someone you love has been charged with vandalism in Utah, it is absolutely critical that you fight to protect your liberty and reputation with help from a knowledgeable and accomplished criminal defense attorney.  Darwin Overson of Overson Law, PLLC is an aggressive vandalism lawyer with over 16 years of experience fighting for justice on behalf of the people of Utah.

You are presumed innocent until proven guilty, and when you are represented by Overson Law, PLLC, you can rest assured that you will be treated with dignity, compassion, and respect. We are a dedicated, results-oriented firm, and are committed to vigorously pursuing a favorable outcome for your case. We will keep you updated and informed as your case progresses, make sure you understand your legal rights, and fight to have you acquitted or even have the case dismissed.

If you or your daughter or son was arrested for vandalism in Salt Lake City, West Valley City, Provo, West Jordan, South Jordan, Orem, Ogden, St. George, Layton, Taylorsville, Lehi, Logan, or other locations in Utah, call the law offices of Overson Law, PLLC at (801) 758-2287 for a free and confidential legal consultation. We know how difficult it can be to confront criminal charges, but our respected Utah criminal defense law firm is here to help.

Were You Charged with Criminal Mischief, Graffiti, or Property Crimes? 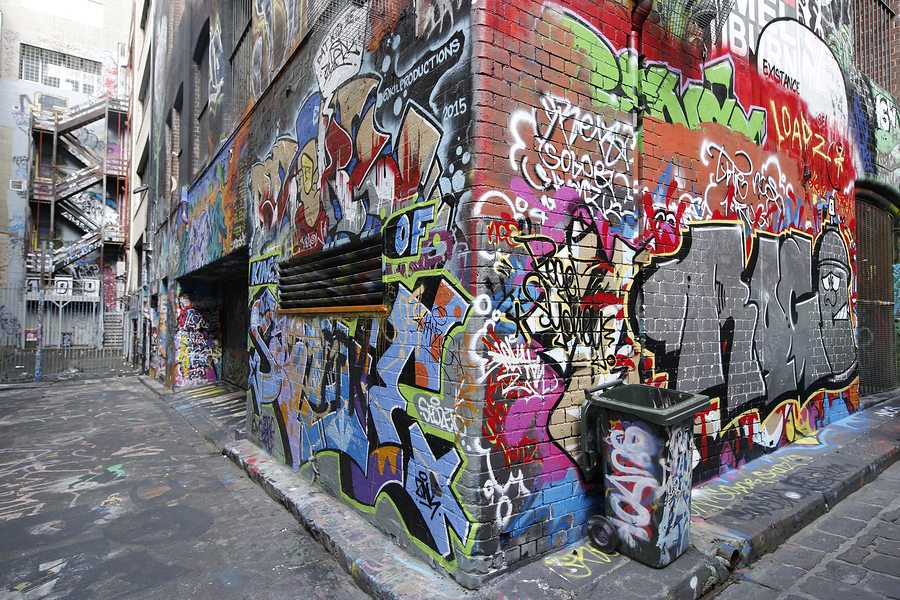 According to the Utah Department of Public Safety, a person commits vandalism when he or she “willfully or maliciously destroys, damages, defaces, or otherwise injures real or personal property without the consent of the owner or the person having custody or control of it.” However, there is no crime called “vandalism” in the Utah Code. What we commonly think of as vandalism – in short, the destruction of property – will be categorized as one of the following property crimes listed in the Utah Code:

Depending on the situation, it is possible for a defendant to be charged with more than one of these offenses, in addition to related offenses such as criminal trespass. If you have been charged with one of these crimes, or are the family member or loved one of a defendant facing vandalism-related charges, it’s important for you to understand what the allegations involve.

Many vandalism arrests involve either criminal mischief or graffiti. Most people associate graffiti with spray paint, but you can also be arrested for making graffiti if you make an etching, which means “defacing, damaging, or destroying hard surfaces” by using gels, liquids, or any other chemical solution.

According to the Crime in Utah Report prepared by the Utah Department of Public Safety, in 2012 the state of Utah reported:

Crimes involving vandalism often involve teenagers, who are treated as juvenile offenders in the justice system.  Among the 3,776 vandalism arrests reported in 2012, roughly one third (1,162) involved juveniles. Juvenile cases follow different procedures than cases against adult defendants, so it is crucial to ensure that your son or daughter is represented by an experienced juvenile defense lawyer if he or she has been accused of vandalizing property.

Utah Vandalism Penalties: Consequences of a Felony or Misdemeanor

Most states, including Utah, separate crimes into two broad categories: there are misdemeanors, which are relatively minor offenses, and felonies, which are extremely serious. While misdemeanors have lighter penalties, a conviction of either will result in a criminal record, which can be a very heavy burden to bear when you are applying for college, jobs, loans, housing, and professional licenses. If you are convicted of a felony, you will also lose your right to bear arms, because state laws under Utah Code § 76-10-503 prohibit former felons from purchasing, possessing, or using guns.

The penalties you will face if you are convicted depend on several factors, including your criminal history, the circumstances surrounding the offense, and the way the misdemeanor or felony is classified. There are three types of misdemeanors in Utah:

There are also three types of felonies:

What is the Sentence for Graffiti in Salt Lake City?

Under Utah Code § 76-6-107(2), graffiti is classified based on the financial damage it causes. Graffiti penalties are described below, based on offense classification.

It should also be noted that, in addition to the initial fine, the courts may add an extremely high surcharge of up to 90%, bringing the true fine as high as $1,900.

What is the Sentence for Criminal Mischief in Salt Lake City?

A conviction involving graffiti, criminal mischief, or other crimes against public property or personal property can lead to the imposition of harsh penalties that change your life forever.  If you or a loved one is facing criminal charges related to property destruction, you need to act fast to defend your freedom.