What Happens When an Inmate is Booked Into Jail in Salt Lake?

Jails cannot function effectively unless they are highly organized.  When an inmate is brought to the Salt Lake County Jail, he or she must be “booked” or processed into the jail system.  This procedure is handled by the jail’s Processing Division, which is tasked with handling “the intake and release of prisoners and their management while housed in the facility.”  In this article, Salt Lake City criminal defense lawyer Darwin Overson will explain what happens during processing at the Salt Lake County Jail.

What Happens When a Suspect is Brought to the Salt Lake County Jail?

Before we get started, we’d like to remind our readers that each jail follows slightly different rules and procedures when it comes to processing inmates and posting bail.  This article will cover processing specific to the Guide to Salt Lake County Jail.  For more information about other correctional facilities in Utah, you might be interested in reading our guides to the Utah County Jail in Spanish Fork, or the Summit County Utah Jail in Park City.

If your loved one has been taken into custody, the first thing on your mind is no doubt posting bail at the Salt Lake County Jail.  However, there are other steps to the booking process which the inmate must go through before bail can be posted.  Let’s cover those steps before we get to bail.

First, the suspect will be brought into the Booking Room, where he or she can generally expect to spend about half an hour to an hour.  The Booking Room is where the handcuffed suspect physically waits while the arresting officer finishes up all of their paperwork.

The more cooperative the inmate is, the faster this part of the process can be completed.  At the same time, in the interest of avoiding self-incrimination, suspects should never volunteer information.  The best course of action is to be polite and compliant, but also tight-lipped.  Suspects should never feel bullied or intimidated into disclosing information to law enforcement.

If the prosecutor decides to file charges – a decision which should take no more than 72 hours at maximum – the defendant has the legal right to an attorney.  Consult with an attorney immediately if the jail attempts to hold the inmate in custody for more than 72 hours, as this may constitute a violation of your loved one’s Constitutional rights.

Once the arresting officer wraps up their paperwork, the suspect will be taken from the Booking Room to the “first pit,” a small room containing a toilet, a phone, and a bench.  This is where the suspect waits while the officer’s paperwork is processed, usually for about an hour.  At this stage of the process, booking officers will photograph the inmate (creating a “mugshot”), take his or her fingerprints, and handle more paperwork.

That concludes booking – but the suspect still isn’t ready to be released just yet. 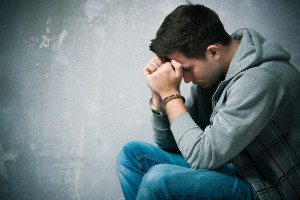 Next, he or she will be brought before Pre-Trial Services, a division of Salt Lake County’s Criminal Justice Services which “provides supervision for both misdemeanor and felony defendants.”  This is when bail will be set.

With rare exceptions, most inmates are granted bail.  The cost might be hundreds of dollars, thousands of dollars, or even more, depending on the seriousness of the crime and the inmate’s criminal record. However, bail must not be “excessive,” so if bail seems to be unjust or is too expensive for you to afford, you should contact an experienced criminal defense attorney about having the cost reduced.

Posting bail might take a few hours, or it might take the better part of a day, depending on how busy the jail is.  Be sure to allow enough time for a full business day, just in case the jail is particularly hectic on the date you arrive.

As an alternative to setting cash bail, Pre-Trial Services might decide the defendant is a suitable candidate for Release on Recognizance, or ROR.  Put simply, ROR is free bail.  Therefore, ROR is granted primarily to suspects who (1) have strong ties to the community, (2) are not considered to be a “flight risk” (i.e. likely to jump bail or flee from law enforcement), and (3) are not a threat to public safety.

If your loved one has been brought into custody at the Salt Lake County Jail, our attorneys may be able to help reduce bail and fight the charges.  To learn more about how we can help in a free, completely confidential legal consultation, call Overson Law LLC at (801) 758-2287 today.